A Sermon preached on The Fifth Sunday of Lent
(The Beginning of Passiontide in the Church of England)
at the Anglican Church of St. Thomas the Apostle,
Kefalas, Crete, Greece, Part of the Diocese in Europe. 11:00 am April 7, 2019

The readings for the day may be found at: The Lectionary Page 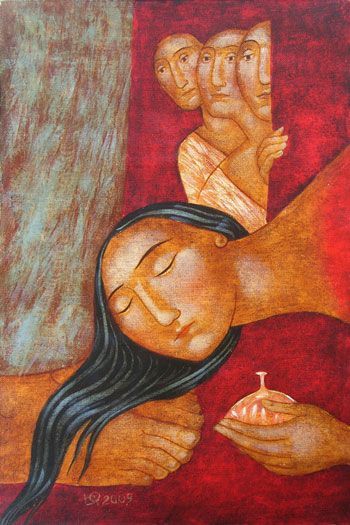 “You always have the poor with you, but you do not always have me.” Is this an excuse not to do anything about poverty?

The answer is No, and I will get to that in a minute. But let’s talk about what poverty looks like in 2019.

Poverty is relative. According to one study, in Greece about 20 percent live in conditions of poverty and social exclusion, with another 15 percent of the population being in danger of poverty. Poverty in this study is treated as 60% of the median income in the country, and obviously it will look different for a single person in the countryside than for a family of four in Athens. Another study, using a different standard, puts poverty at about 15% or 1.6 million people.

We see it here in Apokoronas. We see it back home on the streets of the cities from which we come. We have become inured to it, sometimes giving money to people on streets, sometimes contributing to charities that work with the impoverished, and often expecting the government to do something.

Then there is another type of extreme poverty, a type not seen much in Europe and North America. It was defined by the United Nations in 1995 as “a condition characterized by severe deprivation of basic human needs, including food, safe drinking water, sanitation facilities, health, shelter, education and information. It depends not only on income but also on access to services.” In practice it is consumption based: living on less than €1.90 a day.

Some of you may remember the Millennium Goals of 2000, which were endorsed by the United Nations. A number of them was about extreme poverty. The good news is that we reached the millennium goal of halving extreme poverty by half five years ahead. By 2010 in China, Indonesia, India, Pakistan and Vietnam some 715 million people were lifted out of extreme poverty, as compared to 1990. The challenge is that there are still some 700 million in extreme poverty, and lifting them out of it will be harder than the first half.

But will the poor be with us always? In today’s gospel reading Judas uses the poor as an excuse to make money for himself. He wants control of the resource that was used to signify the coming death and burial of Jesus. Jesus replies, “You always have the poor with you, but you do not always have me.” It is right and good to honour Jesus, who serves all humanity in his life, death, and resurrection. How do we respond to the poverty around us, in the light Christ’s incarnation?

Dr. Liz Theoharis of the Kairos Center for Religions, Rights, and Social Justice based in New York argues, convincingly, that the disciples and the biblically minded would have heard in Jesus’s words a reference to Deuteronomy 15, where God’s plan to address poverty is laid out. Deuteronomy 15.11 has God saying,

Since there will never cease to be some in need on the earth, I therefore command you, ‘Open your hand to the poor and needy neighbour in your land.’

This is a general encouragement towards generosity, but this is only Part B or God’s plan in Deuteronomy. Plan A, a much more radical approach beyond charity, is referred to earlier – it is a seven-year jubilee, in which debts are all forgiven. God states,

There will, however, be no one in need among you, because the Lord is sure to bless you in the land that the Lord your God is giving you as a possession to occupy, if only you will obey the Lord your God by diligently observing this entire commandment that I command you today.

So, fundamentally, it is a sharing of resources which God gives us. There is enough in the land, and no one should be in need. However, because of debts and unforeseen circumstances, resources may accumulate with some and not with others. So people are required to forgive debts after seven years. This is also paralleled by the 50 year Jubilee, after a week’s week of years (i.e 7 X 7), in which alienated land returns to those who originally owned it.

Today, in 2019, we are more economically savvy than the people of 3400 years ago. The instructions in Deiteronomy 15 are a pretty blunt instrument, but they come from a time when there were no banks, no economists, no statisticians, developers, and social workers studying poverty. In theory we should do better, and in many ways we do, but we err if we think we are better ethically. The world’s wealth is still incredibly concentrated, many of the middle class are experiencing a stagnation in income growth, and it seems that education is becoming ever more expensive. For me the question arises,

Matthew 25 – the Parable of the Judgment when the resurrected are divided like sheep and goats – concludes “Truly I tell you, just as you did it to one of the least of these who are members of my family, you did it to me.” If we wish to honour Jesus, our anointing will be to care for the least of these – the hungry, the thirsty, the imprisoned, the unclothed, and the sick. If we want, as Paul says, “to know Christ and the power of his resurrection”, we will discipline ourselves to be involved in this kind of work. 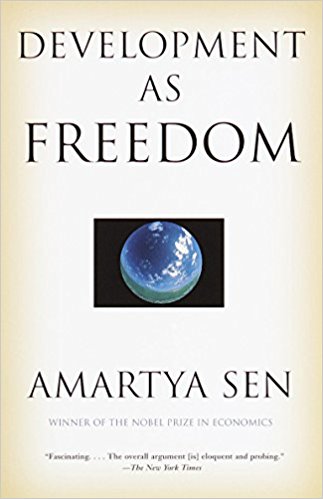 In this 1999 book Indian economist Amartya Sen first talked about the “capabilities approach to development” which emphasises not the transfer of resources, but the development of human capital as the chief means of addressing poverty.

We are called not to isolation or passive complacency, but to be part of the transformation of God’s world. We cannot just sit at the foot of the cross forever, resting in Jesus’s sacrifice. Our faith must get off its knees and move to find Jesus in every human being, especially those in need. From Isaiah we hear “I am about to do a new thing; now it springs forth, do you not perceive it?” Let us see this new thing in Christ, let us perceive it. May we say with the psalmist,

The Lord has done great things for us,
and we are glad indeed.
Those who sowed with tears *
will reap with songs of joy

Canadian. Husband. Father. Christian. Recovering Settler. A priest of the Church of England, Diocese in Europe, on the island of Crete in Greece. More about me at https://www.linkedin.com/in/bruce-bryant-scott-4205501a/
View all posts by Bruce Bryant-Scott →
This entry was posted in Lent, Sermons and tagged Extreme Poverty, Poverty, The Poor Will Be With You Always. Bookmark the permalink.