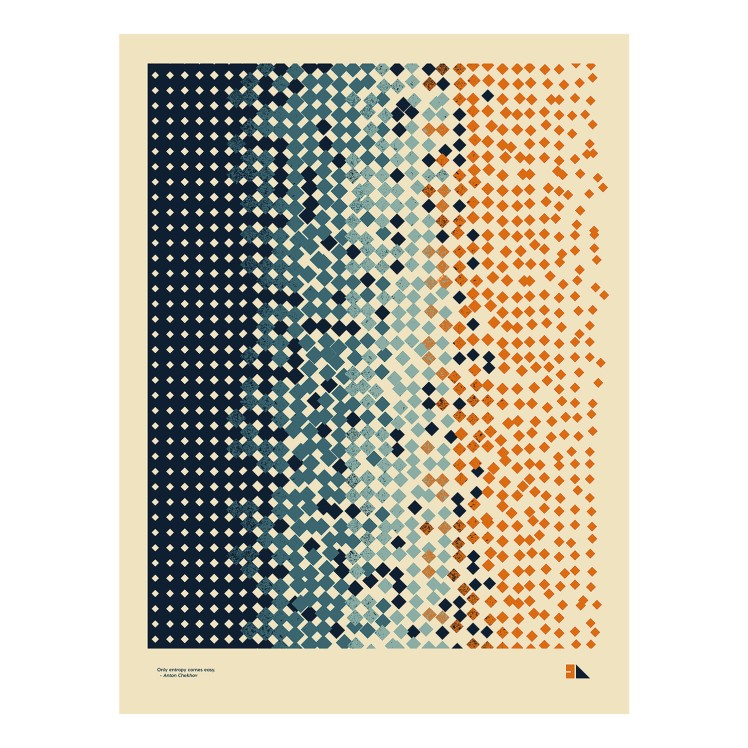 Sweet were the days, when thou didst lodge with Lot,
Struggle with Jacob, sit with Gideon,
Advise with Abraham, when thy power could not
Encounter Moses’ strong complaints and moan:
The words were then, Let me alone.

One might have sought and found thee presently
At some fair oak, or bush, or cave, or well:
Is my God this way? No, they would reply:
He is to Sinai gone, as we heard tell:
List, ye may hear great Aaron’s bell.

But now thou dost thy self immure and close
In some one corner of a feeble heart:
Where yet both Sin and Satan, thy old foes,
Do pinch and straiten thee, and use much art
To gain thy thirds and little part.

I see the world grows old, when as the heat
Of thy great love, once spread, as in an urn
Doth closet up it self, and still retreat,
Cold Sin still forcing it, till it return,
And calling Justice, all things burn.

In the early seventeenth century people did not believe in progress. Rather, they adhered to a classical understanding of humanity’s decline through the “Ages of Man“. According to Hesiod, the Golden Age has long passed, and we have moved through silver, bronze, the heroic age of the Iliad and Odyssey, to the present Iron Age. As Gregory Nagy of Harvard translates it:

now is the time of the Iron Generation.
What will now happen is that men will not even have a day or night
free from toil and suffering.
They will be worn down, and the gods will give harsh cares.
Still, despite all this, even they will have some good mixed in with the bad. (176-179)

This classical understanding was conflated by Christians with the ancient Jewish understanding of the fall of humanity in the Garden of Eden. The Jews believed that even though Adam and Eve were expelled from the Garden, they still knew who God was and worshiped the Lord. Over time, however, humanity turned from the Creator and worshiped the creation, in the form of bulls and other idols. Being divorced from a knowledge of God, they fell into depravity. The first eleven chapters of Genesis is one fall after another – Eden, the murder of Abel, another murder by Lamech, the Flood, and the Tower of Babel. It is all a set up for the call of Abraham, which then goes through three generations to Jacob and his sons in Egypt, thus setting up the Exodus from Egypt to the Promised Land, which covers the next four books of the Torah.

The presence of God among human beings changes over time. Whereas Adam and Eve would speak to God face to face, Jacob, Abraham and Moses do not. Abraham is visited by angels, and in both Hebrew מַלְאָךְ and and Greek ἄγγελος simply means “messenger”. Jacob struggles through a night with “a man” at Peniel, but does not recognise him until afterwards. Herbert takes the messengers that came to Lot to be that mediated presence of God. Moses is told that he cannot see the face of God and live – but he is permitted to see God’s backside.

Whereas in the past God’s presence might be found at the Oaks of Mamre, or Mount Sinai, now God resides in “some one corner of a feeble heart”. It is beseiged by Sin and Satan, wanting the widow’s thirds (and more). The world has grown cold, and the warm love of God is sealed up as ashes in a funerary urn (another classical image, as Christians did not cremate the dead until the last century). But the time will come when Justice will return, and “all things burn”.

I grew up with a belief in progress.

And yet, it doesn’t feel like a time of progress.

One approach to this is to withdraw and remain faithful in the face of all this decay. The scope of my control is very limited, and one person cannot solve these problems. One can just wait for the Apocalypse, when Christ will appear and all that is sinful will be destroyed, leaving only that which is good, to be remade into a New Heaven and a New Earth. My own approach is more active. I believe that the End Time is now – and has been since the Day of the Resurrection, one Easter Sunday mornings some 1989 years ago. Christians are called to live the Resurrected life now – not just to wait. The heat of love which raised Christ from the dead is available to us now, through the Holy Spirit. We are living in both a time of decay and resurrection, a period of sin and grace. So we help refugees, we are politically active, we continue to oppose racism, and we work to challenge climate change. It may well not be enough, and there may be disasters ahead, but it is better than doing nothing.

Canadian. Husband. Father. Christian. Recovering Settler. A priest of the Church of England, Diocese in Europe, on the island of Crete in Greece. More about me at https://www.linkedin.com/in/bruce-bryant-scott-4205501a/
View all posts by Bruce Bryant-Scott →
This entry was posted in Lent, Poetry and Novels and tagged "Decay", George Herbert, Progress. Bookmark the permalink.