The Idea of Justice in First Isaiah

Day Twelve of “Through Advent with Isaiah”

So far I have really been looking at the possible historical origins of the Book of Isaiah, but today I want to look at a basic theme in the book and how it develops, namely, justice. 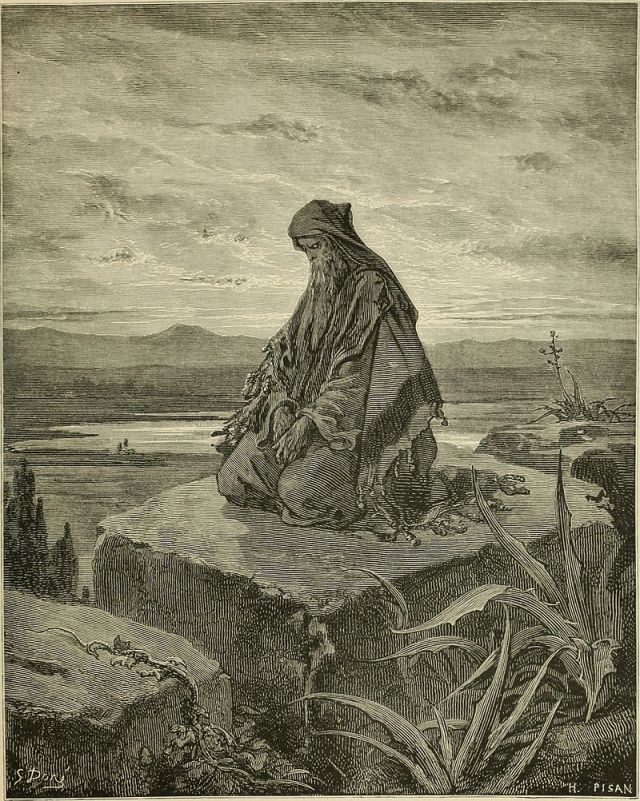 The beginning on Isaiah in chapter 1 is one of condemnation:

2 Hear, O heavens, and listen, O earth;
for the Lord has spoken:I reared children and brought them up,
but they have rebelled against me. 3 The ox knows its owner,
and the donkey its master’s crib;but Israel does not know,
my people do not understand.
4 Ah, sinful nation,
people laden with iniquity,offspring who do evil,
children who deal corruptly,who have forsaken the Lord,
who have despised the Holy One of Israel,
who are utterly estranged!             – Isaiah 1.2-4

It is clear that this is not a problem of the wrong sacrifices being offered in the Temple:

12 When you come to appear before me,
who asked this from your hand?
Trample my courts no more; 13 bringing offerings is futile;
incense is an abomination to me.New moon and sabbath and calling of convocation—
I cannot endure solemn assemblies with iniquity. 14 Your new moons and your appointed festivals
my soul hates;they have become a burden to me,
I am weary of bearing them. 15 When you stretch out your hands,
I will hide my eyes from you;even though you make many prayers,
I will not listen;
your hands are full of blood.     – Isaiah 1.12-15

So what is the problem? The problem is with the people and their leaders. The prophet, speaking the word of God to Jerusalem and Judah, says:

23 Your princes are rebels
and companions of thieves.Everyone loves a bribe
and runs after gifts.They do not defend the orphan,
and the widow’s cause does not come before them.     – Isaiah 1.23

Described here, justice is “doing good”, imagined in negative terms, such as not taking bribes, not committing murder. It concerns the marginalized – the oppressed, and the orphan and widow. When the princes ally themselves with thieves, nothing can redeem the worship of the Temple.

The failure of leadership also is noted in chapter 10:

Ah, you who make iniquitous decrees,
who write oppressive statutes, 2 to turn aside the needy from justice
and to rob the poor of my people of their right,that widows may be your spoil,
and that you may make the orphans your prey!   – Isaiah 10.1-2

There is idolatry, there is the arrogance of wealth and military power, there is the use of soothsayers, and they rely on alliances with foreigners.

The injustice of certain property owners is delineated in chapter 5:

Those who eat, drink, and are merry also are identified as subject to God’s wrath:

11 Ah, you who rise early in the morning
in pursuit of strong drink,who linger in the evening
to be inflamed by wine, 12 whose feasts consist of lyre and harp,
tambourine and flute and wine,but who do not regard the deeds of the Lord,
or see the work of his hands!           – Isaiah 5.11-12

And those who identify their practices with those of Yahweh, seeing themselves as the favoured ones, are also condemned:

18 Ah, you who drag iniquity along with cords of falsehood,
who drag sin along as with cart-ropes, 19 who say, ‘Let him make haste,
let him speed his work
that we may see it;let the plan of the Holy One of Israel hasten to fulfilment,
that we may know it!’ 20 Ah, you who call evil good
and good evil,who put darkness for light
and light for darkness,who put bitter for sweet
and sweet for bitter! 21 Ah, you who are wise in your own eyes,
and shrewd in your own sight! 22 Ah, you who are heroes in drinking wine
and valiant at mixing drink, 23 who acquit the guilty for a bribe,
and deprive the innocent of their rights!    – Isaiah 5.18-23

And so what will God do? In chapters 1 and 2-12 Isaiah proclaims judgement on Judah and Israel. Israel ultimately is destroyed by the Assyrians, and its people taken into exile. The same might happen to Judah. And, in fact, it does come to pass, only the identity of the conquerors is different – the Babylonians in this case. Isaiah then foretells that a remnant will be gathered up and return, and the anointed one of God – the Messiah – will rule over them with righteousness.

2 The people who walked in darkness
have seen a great light;those who lived in a land of deep darkness—
on them light has shined. 3 You have multiplied the nation,
you have increased its joy;they rejoice before you
as with joy at the harvest,
as people exult when dividing plunder. 4 For the yoke of their burden,
and the bar across their shoulders,
the rod of their oppressor,
you have broken as on the day of Midian. 5 For all the boots of the tramping warriors
and all the garments rolled in blood
shall be burned as fuel for the fire. 6 For a child has been born for us,
a son given to us;authority rests upon his shoulders;
and he is namedWonderful Counsellor, Mighty God,
Everlasting Father, Prince of Peace. 7 His authority shall grow continually,
and there shall be endless peacefor the throne of David and his kingdom.
He will establish and uphold itwith justice and with righteousness
from this time onwards and for evermore.The zeal of the Lord of hosts will do this.    – Isaiah 9.2-7

As noted in other posts, scholars have posited this anointed one as Hezekiah or Josiah, and there may be good reasons for doing so. However, after the destruction of the Temple and the double exile of Judah in the early 6th century BCE, these passages came to read in a different way.

We live in a very different world from that of Isaiah, his disciples, and the immediate generations following.  Of course we see injustice in accepting bribes, judging unfairly, failing to protect the most vulnerable, and in the arrogance of exploitative wealth and power. Indeed, we might even read it into the politics of our present situation. The condemnation of divination and idols seems less important, but only because we are products of a secular society where religion is seen as private and possibly frivolous. However, we live in a very different situation.

There is no sense here that God is opposed by evil powers or Satan – that is a later development in Jewish theology which Isaiah did not understand. Here, God is absolutely in charge. There is no sense of justice apart from God’s will.

So, this is not exactly our understanding of justice today. Isaiah, speaking for God, is pretty clear on what he does not like. As a scholar (whose name I cannot remember) said, he is less clear on how to fix it. However, II Isaiah does develop the notion of justice a bit, and we’ll look at that tomorrow.

Canadian. Husband. Father. Christian. Recovering Settler. A priest of the Church of England, Diocese in Europe, on the island of Crete in Greece. More about me at https://www.linkedin.com/in/bruce-bryant-scott-4205501a/
View all posts by Bruce Bryant-Scott →
This entry was posted in Advent, Isaiah and tagged Isaiah 1-12, Justice in First Isaiah. Bookmark the permalink.