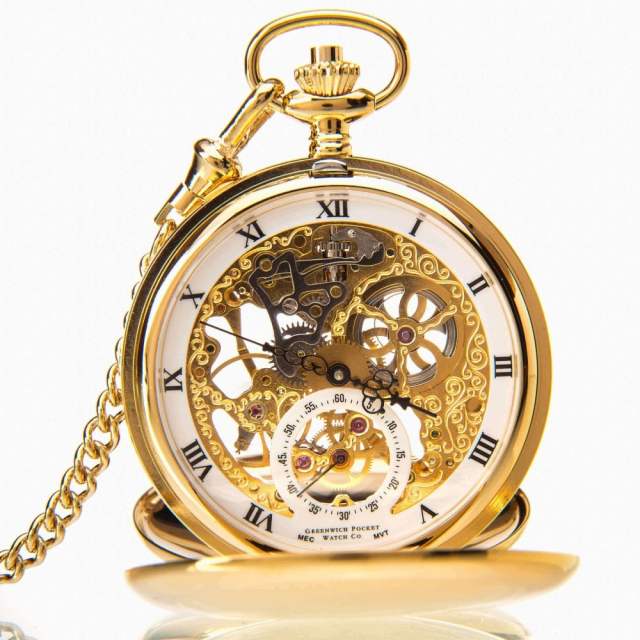 I gave to Hope a watch of mine: but he
An anchor gave to me.
Then an old prayer-book I did present:
And he an optic sent.
With that I have a vial full of tears:
But he a few green ears.
Ah Loiterer! I’ll no more, no more I’ll bring:
I did expect a ring.

I cannot improve on what Ann Pasternak Slater wrote in the “Introduction” to the Everyman edition of The Complete English Works, so here it is:

According to the Letter to Hebrews, “faith is the assurance of things hoped for, the conviction of things not seen” (11.1). The poet is impatient, showing a personified Hope a watch, a prayer book, and a vial of tears, representing time gone by waiting for the fulfillment of promised things, the work of prayer, and the tears of suffering (or perhaps repentance). Hope offers . . . hope, in the form of an anchor, a telescope, and sheaves of wheat, as if to say: “Don’t move, look further, the harvest is coming!” The poet expects a ring – a token of a contract, but as Pasternak Slater says, it is not Hope’s to give. Hope can only encourage more patience.

I suspect that many of us today have a dialogue with Hope. We become invested in people and things, and we want particular outcomes. North Americans are not renowned for their patience, and we expect prompt service that prizes efficiency over leisure. We prize mobility and the acknowledgment of achievements, whereas other cultures celebrate being fixed in a place, and consider that what one does is simply the responsibility of being part of the family or community, and deserves no extra praise. “You showed up to work on time – that’s amazing!” is what many of us would like to hear, whereas showing up to work on time is really just a minimal and ordinary expectation.

There was a time I focused on achievements. Now I focus on relationships, which are less achievements than ongoing processes. I find that the hope I have in things unseen, my faith, is not necessarily in accord with what the media tells me. If I listen to others around me I am in great danger from any number of things, from Brexit to the weather, from people trying to steal my money to missing out on the latest binge-worthy television show. So much of this is outside my scope of control, although I can certainly try to influence it – and if I do influence it, it will be because of the power of relationships, not because of any single thing I might do. Ultimately my hope is grounded in the resurrection of Jesus, and the belief that in him God is making all things new. I see signs of this all around me, sometimes large, sometimes very small – but they are there.

Canadian. Husband. Father. Christian. Recovering Settler. A priest of the Church of England, Diocese in Europe, on the island of Crete in Greece. More about me at https://www.linkedin.com/in/bruce-bryant-scott-4205501a/
View all posts by Bruce Bryant-Scott →
This entry was posted in Lent, Poetry and Novels and tagged "Hope", George Herbert. Bookmark the permalink.

2 Responses to Herbert’s Dialogue With “Hope”