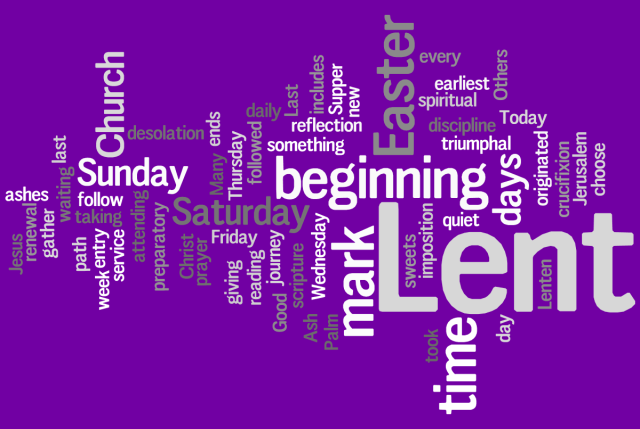 Welcome dear feast of Lent: who loves not thee,
He loves not Temperance, or Authority,
But is compos’d of passion.
The Scriptures bid us fast; the Church says, now:
Give to thy Mother, what thou wouldst allow
To ev’ry Corporation.

The humble soul compos’d of love and fear
Begins at home, and lays the burden there,
When doctrines disagree,
He says, in things which use hath justly got,
I am a scandal to the Church, and not
The Church is so to me.

True Christians should be glad of an occasion
To use their temperance, seeking no evasion,
When good is seasonable;
Unless Authority, which should increase
The obligation in us, make it less,
And Power itself disable.

Besides the cleanness of sweet abstinence,
Quick thoughts and motions at a small expense,
A face not fearing light:
Whereas in fulness there are sluttish fumes,
Sour exhalations, and dishonest rheums,
Revenging the delight.

Then those same pendant profits, which the spring
And Easter intimate, enlarge the thing,
And goodness of the deed.
Neither ought other men’s abuse of Lent
Spoil the good use; lest by that argument
We forfeit all our Creed.

It’s true, we cannot reach Christ’s forti’eth day;
Yet to go part of that religious way,
Is better than to rest:
We cannot reach our Saviour’s purity;
Yet we are bid, ‘Be holy ev’n as he, ‘
In both let’s do our best.

Who goeth in the way which Christ hath gone,
Is much more sure to meet with him, than one
That travelleth by-ways:
Perhaps my God, though he be far before,
May turn and take me by the hand, and more:
May strengthen my decays.

Yet Lord instruct us to improve our fast
By starving sin and taking such repast,
As may our faults control:
That ev’ry man may revel at his door,
Not in his parlour; banqueting the poor,
And among those his soul.

It would be hard to go through Lent with George Herbert without looking at his poem Lent, so that is what we do today. It is eight stanzas of six lines each, which makes for forty-eight lines, although one might think Herbert would have worked out something like a forty line poem. I thought that maybe if you added in the Sundays in Lent (which are not counted as part of the forty days) you might get the poem’s numbers – but that only get you up to forty-six. Even throwing in Easter Sunday doesn’t help – so there is no significance to the number of lines. The rhyme scheme is simply AABCCB, and the metre is 10.10.6.10.10.6.

Herbert plays with paradox, labeling the season of Lent, normally a time of fasting, as a feast. In the last stanza he speaks of starving sin, which puts me in mind of the words of the late Terry Finlay, Archbishop of Toronto (1937-2017):

In the 17th Century in England the Puritans – the wing of the Church of England that followed the reformed teachings of John Calvin – opposed the calendar of the Book of Common Prayer, with its observances of Christmas, Saint’s days, Easter, and the seasons of Lent and Easter, considering such things to be corruptions and innovations introduced by the Roman Church and not authorized by Scripture. Thus, there was controversy in the Church of England over the observance of Lent and the fasting that went with it. 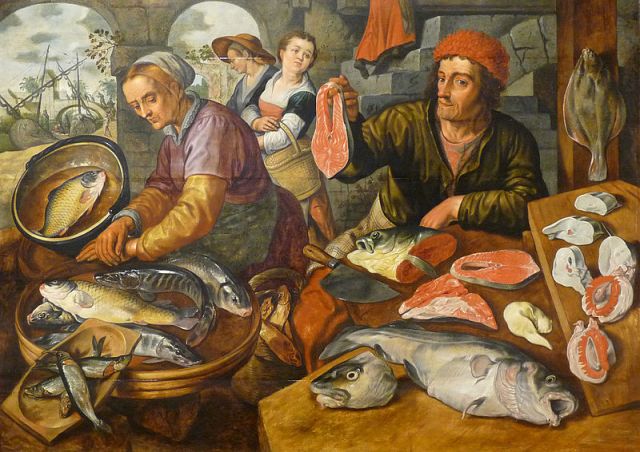 Herbert was not comfortable with such conflict. If the scriptures said that fasting was a good thing, and the Church following tradition said that the forty days before Easter were the chief time to do so, he saw little reason to question it. Thus, in the third stanza, the only reason to oppose the church’s requirements is if the expectation becomes too heavy.

Herbert was realist enough to know that every person’s Lenten discipline would fall short of Christ’s time in the wilderness; it is an ideal that we cannot reach, but “let’s do our best.” This reminds me of the first line in The Scout Promise:

On my honour I promise that I will do my best—
To do my duty to God and the King (or to God and my Country)
To help other people at all times and
To obey the Scout Law.

The rhyme in the sixth stanza is downright Kiplingesque, and it evokes a pre-World War One kind of manly Christianity. The poem gets better in the last stanza, where it alludes to Isaiah 58.6-7:

Is not this the fast that I have chosen?
to loose the bands of wickedness, to undo the heavy burdens,
and to let the oppressed go free, and that ye break every yoke?
Is it not to deal thy bread to the hungry,
and that thou bring the poor that are cast out to thy house?
when thou seest the naked, that thou cover him;
and that thou hide not thyself from thine own flesh?

True fasting, ultimately, is not about oneself, but about others, and injustice. As God feeds us at the table of the Lord, so we are called to feed the poor and undo oppression.

Canadian. Husband. Father. Christian. Recovering Settler. A priest of the Church of England, Diocese in Europe, on the island of Crete in Greece. More about me at https://www.linkedin.com/in/bruce-bryant-scott-4205501a/
View all posts by Bruce Bryant-Scott →
This entry was posted in Lent, Poetry and Novels and tagged Fasting, George Herbert, Lent. Bookmark the permalink.

1 Response to The Dear Feast Of Lent: George Herbert’s “Lent”