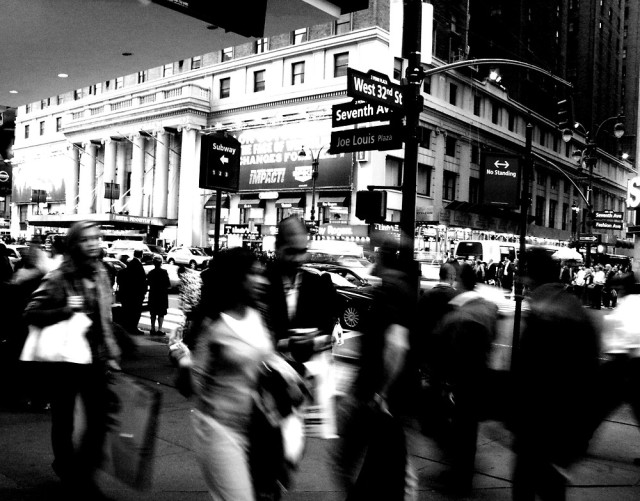 The third poem of The Church, the fifth poem of The Temple (or sixth, if you include  the Dedication), is The Sacrifice. This makes sense, following after The Altar, for it is on an altar that one makes sacrifices. However, the sacrifice here is not the poet’s heart or that of the reader, but of Jesus Christ in his suffering and in his death. It becomes the reader’s and the poet’s by incorporation into Christ.

The Sacrifice, unlike the majority of Herbert’s poems, is long – 252 lines, or eight pages. It is in triple rhyme, that is, three lines that all rhyme. This gives it, as Ann Pasternak Slater points out, “a remorseless, driving intensity”. Each stanza ends with a fourth line that is almost always the same: the plaintive Was ever grief like mine? This refers to the Lamentations of Jeremiah, which read during Holy Week during Morning Prayer or Matins, and is the basic text that is sung at Tenebrae. “Is it nothing to you, all you who pass by? Look and see if there is any sorrow like my sorrow” (Lamentations 1.12).

The poem is in the voice of Christ and is addressed to the indifferent people passing by:

It recounts the Passion of Jesus from his perspective, as though on the cross. As the reader we are engaged by asking if what Jesus is addressing us. The references Herbert makes in the voice of Jesus will be familiar to anyone who recalls a recitation of the one of the passion narratives. In the Book of Common Prayer communion lectionaries, a schedule of readings that Herbert would have used, these gospel passions are all read during Holy Week.

The poem is filled with irony that arises from the paradox of the incarnation, in which the Word of God becomes human flesh, and the infinite is joined with the limited. Thus, following Luke, Herbert has Jesus say,

Jesus the narrator points out hypocrisy of Judas, who accepts thirty pieces of silver to betray Jesus, but objected at the cost of the nard which was used to anoint his feet:

At two points the refrain switches from Was ever grief like mine? to Never was grief like mine. The first is the point at which, according to Mark and Matthew, Jesus exclaims “My God, my God, why have you forsaken me?” This is a haunting cry of desolation, perhaps tinged even with a sense of betrayal. It is a reference to Psalm 22.1, and in the passions demonstrates the paradox of the enfleshed divinity experiencing the absence of divinity, as well as being on the verge of losing humanity through death.

The third line of the stanza (line 215) is left unfinished, and the reader needs to complete it, as if Jesus runs out of strength and breath to even say it, but is carried on by the believer.

The theme that Jesus’s suffering is unique emerges,for while the benefits of Jesus’s obedience is available to the world, it is not available to him. Early in the poem Jesus recalls sweating blood in the Garden of Gethsemane (Luke 22.44). His suffering is a balsam – a balm – that combined with repentance heals the broken world’s two hemispheres, and can do little to mitigate the fear of Jesus’s human fears.

The final line repeats the otherwise unique refrain of line 216:

The lament in The Sacrifice is, as Arnold Stein observes, a complaint about the brokenness of the world. The ironies and hypocrisies of humanities sinful dispositions and actions is only overcome by the desperate paradox of the incarnation and cross, in which the impassable suffers pain and desolation. Confronted with ignorance and indifference God replies in Christ with profound knowledge of the hearts of human beings and a passionate desire for reconciliation.

The art in the poem is in the urgency of the triple rhyme, the relentless movement from betrayal to death, and that fact that the density of biblical allusions does not overwhelm the pace. It conveys the several theologies of atonement without sounding like a theological treatise. It is a lament, a reproach, that is filled with compassion, and marvels at the particularity of its situation. Whereas The Church-porch is long and a bit off-putting, this poem draws the reader in, and overcomes indifference, calling forth a variety of responses. In the following series of poems Herbert attempts to deal with those responses.

Canadian. Husband. Father. Christian. Recovering Settler. A priest of the Church of England, Diocese in Europe, on the island of Crete in Greece. More about me at https://www.linkedin.com/in/bruce-bryant-scott-4205501a/
View all posts by Bruce Bryant-Scott →
This entry was posted in Lent, Poetry and Novels and tagged George Herbert, The Sacrifice. Bookmark the permalink.