It’s All Greek To Me: Ancient Greek 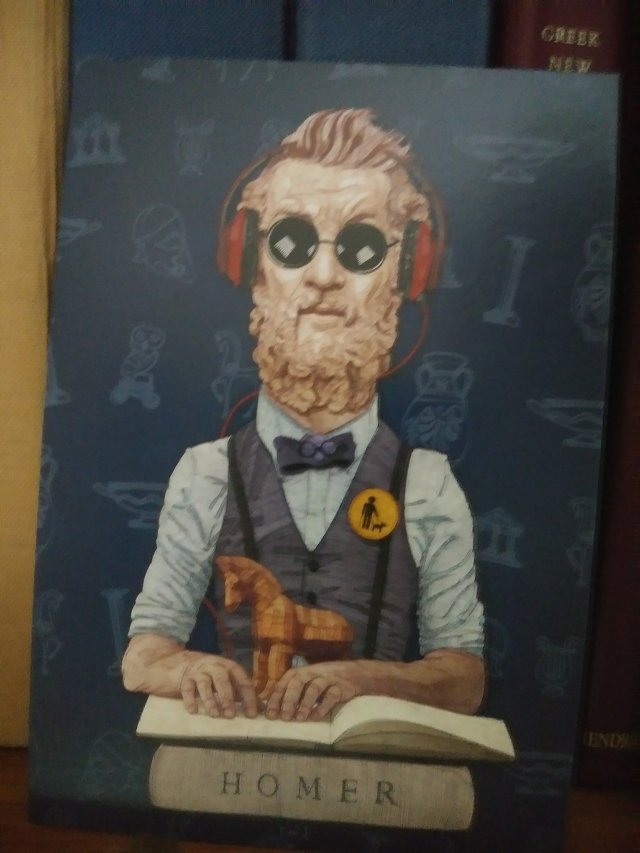 In my first posting on the Greek language I gave a broad historical overview of the Greek language. In the second I talked briefly about Mycenean Greek which we know from clay tablets and inscriptions written in the syllabic Linear B and found in the ruins of Bronze Age sites on Crete and the Peloponnese such as Knossos, Mycenae, and Pylos. This is the earliest attested form of Greek, unknown before the 1950s, and they date from about 1650 BCE to 1190 BCE.

What we normally know of as Ancient Greek falls into three periods (which, to be honest, overlap and evolve into each other).

To make it a little more confusing,the first two are often combined under the name”Classical Greek” or, along with Latin, part of the discipline known as “Classics”. The third type has several names. Biblical scholars will call it Koiné, which means “Common”, for it was indeed the common language of the Eastern Mediterranean and beyond after the conquests of Alexander the Great (356 BCE – 323 BCE). However, only those who have studied call it that – so most people know it as “New Testament Greek”. Since there is a large body of literature beyond the New Testament that is in this form of the language non-Biblical historians of the era call it “Hellenistic Greek”.

Archaic Greek, or Homeric Greek, is exemplified by The Odyssey and The Iliad, and is found in inscriptions, shorter written texts such as Hesiod’s Theogony, and the lyric poetry of Sappho. Virtually all scholars accept the tradition that the Homeric epics were composed to be sung and accompanied by a harp-like instrument known as a lyre. The great Homeric Question is actually several questions: 1) How were the two great epics composed? 2) How was it transmitted? 3) Was it originally oral, and only written down at a later date? 4) Was there a person named Homer who composed it? 5) Who and when was it written down? 6) Does it bear any relation to history? I’ll discuss these issues in a later post.

Classical Greek is from – no surprise here – the Classical period, during which Europeans from the Renaissance on believed ancient Greece to have reached its highest points. The first date bookending it refer to the the beginning of the Peloponnesian War between Athens and Sparta, although arguably one could push the date back to the Battle of Marathon to include the war between the Greeks and the Persians. The second date refers to the hegemony of the northern kingdom of Macedon over all of Greece and the defeat and conquest of the Persian Empire by Alexander. We have ancient texts from

All in all, it is a large body of texts. Much of it is in a variety of dialects, so the grammar and vocabulary will vary depending on where the author was from.

Hellenistic Greek is what Classical Greek evolved into, and while it is a somewhat simpler form of the language, it is still much closer to the Greek of Aristotle than the type of Greek I would hear if I turned on the television today. Think of it as the difference between the prose of a Jonathan Swift or a Jane Austen and the style of a J. D. Salinger or the manual to your washing machine. Hellenistic Greek was used all over the eastern Mediterranean. Thus, parts of the New Testament may have been written in what is now Turkey, Egypt, Syria, or Israel-Palestine, as well as in what is now Greece. Josephus wrote his massive works The Jewish War and Jewish Antiquities in the late 70s or 80s of the Common Era (“CE”). The Greek translation of the Bible known as The Septuagint, done about 150 years before Jesus, is also in Hellenistic Greek. Archimedes and Euclid also used this ancient form of Greek.

Ancient Greek is taught to all high school students for at least one year. It is not as difficult as for us reading Old English, say, Beowulf, which is practically a different language, but it is at the level of difficulty of reading Chaucer. The Greeks that I have talked to about this all describe it as being very difficult, as ancient Greek has an extra case for the nouns and somewhat different verb forms, with changes in them according to what dialect the author used. The vocabulary is also a bit strange. Some words are exactly the same, but many have dropped out, or changed meaning somewhat. That said, they are proud of their great heritage.

1 Response to It’s All Greek To Me: Ancient Greek