All Israel Will Be Saved 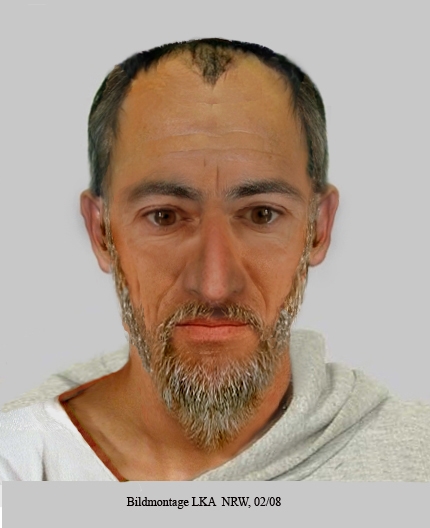 At the instigation of German journalist Michael Hesemann the North Rhine-Westphalia State Investigation Bureau created a Facial Composite (it sounds better in German: Phantombild) of Paul of Tarsus. Given that there are no living witnesses of the man, and the oldest portrait of him dates from three centuries after his death, this must be considered a work of the imagination. Looks like a nice man, though.

Today’s second reading from the Daily Office Lectionary is, in my opinion, the main point in the long Letter of Paul to the Romans, and it concludes the discussion that started in Romans 1.16. Both Jews and Greeks have had the good news of Jesus preached to them.  Some Jews and some Gentiles have come to know it as the power of God by the faith that is given them. As their salvation is due to the faith that is given to them, a faith that depends upon the sacrifice of Jesus, Gentile Christians have no business to be proud in comparison to Jewish Christians or Jews. Indeed, whereas Paul probably believes that non Christian Gentiles are subject to punishment for their perverse ways, in the reading below he believes that all Israel will be saved despite any sins or unbelief.

Rom 11.25–36
So that you may not claim to be wiser than you are, brothers and sisters, I want you to understand this mystery: a hardening has come upon part of Israel, until the full number of the Gentiles has come in. And so all Israel will be saved; as it is written,‘Out of Zion will come the Deliverer;
he will banish ungodliness from Jacob.’ ‘And this is my covenant with them,
when I take away their sins.’ As regards the gospel they are enemies of God for your sake; but as regards election they are beloved, for the sake of their ancestors; for the gifts and the calling of God are irrevocable. Just as you were once disobedient to God but have now received mercy because of their disobedience, so they have now been disobedient in order that, by the mercy shown to you, they too may now receive mercy. For God has imprisoned all in disobedience so that he may be merciful to all.

O the depth of the riches and wisdom and knowledge of God! How unsearchable are his judgements and how inscrutable his ways! ‘For who has known the mind of the Lord?
Or who has been his counsellor?’ ‘Or who has given a gift to him,
to receive a gift in return?’ For from him and through him and to him are all things. To him be the glory for ever. Amen.

Paul simply assumes that God will be merciful to all of Israel despite their individual hardening of hearts. Paul acknowledges that this might appear incomprehensible – but God’s judgements are inscrutable, unsearchable, and deeper than we can know.

Ax I’ve been working my way through Paul’s Letter to the Romans it is apparent to me that Paul is not presenting a systematic theology, despite whatever later Biblical scholars and theologians might have thought. Paul here reminds me of his discussion of marriage in First Corinthians Chapter Seven, where he seems to be making up things on the fly.  In this letter Paul is creating an elaborate exhortation to the Romans that incorporates several insights that undoubtedly owe much to his preaching, but Paul has not worked out all the implications and details, and there is a degree of paradox, contradiction, and opacity. We ask questions that did not occur to Paul.

So what are those insights? I cannot enumerate all of them, but these are the most significant ones in Romans:
1) God has declared that Jesus is the Messiah by raising him from the dead.
2) Jesus is prophesised in the Scriptures. Paul repeatedly refers to them apparently from memory, in Greek. He is probably quoting from the Greek translation known as the Septuagint. Paul saw the Jewish scriptures as a testimony to Jesus.
3) As is expected by Jews generally, this Jesus as Messiah is descended from David.
4) The gospel is to be preached to both Jews and Gentiles.
5) Paul has been called by God to bring the good news to Gentiles, an act of grace by God.
6) A person who has faith has received salvation – they will not be judged for their actions but because they have faith. This is not to say that their actions are not good, but simply that these acts are not the basis for God’s mercy.
7) Subjectively, faith is a kind of obedience. However, faith is also, from the God’s eye perspective, something fore-ordained and predestined. Paul accepts this paradox of apparent free will and yet determinism by God.
8) “The wrath of God is revealed from heaven against all ungodliness and wickedness of those who by their wickedness suppress the truth.” In other words, God will judge the pagan Gentiles for evil thoughts and actions.
9) Christian Gentiles have no basis for judgement, for they are in the good graces of God not by their good deeds, but because of God’s mercy on them, which is manifested in them by faith.
10) Judgement and partiality by Gentiles of others suggests that they are relying on their good deeds, and not living by faith (this goes back to the undoubted commandment of Jesus that his followers should not judge others).
11) Jews who rely on observing the law to escape judgement are also not living by faith. They will be found to have fallen short of the law, especially hypocrites who say one thing and do another. However, Jews who observe the law as a manifestation of faith will be saved.
12) Jews like Paul who have accepted the gospel are no longer bound by the law, but if they observe parts of it in the name of the gospel, or as a manifestation of faith, they do no wrong.
13) Gentile Christians are not required to live in accordance with the Torah, as they are not Jews.
13) All have sinned and fallen short of the glory of God. This is true of Gentiles as well as Jews, whether following the law written on their hearts or the Torah.
14) Christians live by the spirit of God that is within them, but can fall back into old ways (such as judging others). Gentile Christians were previously ruled by sin and death. Christians are free from sin.
15) Christ dies for us, but Paul does not explain how this reconciles us to God.
16) Christians are united with Christ in his death, so that we might rise with him.
17) The spirit is manifested in calling God “Abba, Father” and by sighs too deep for words.
18) All Israel will be saved.

Canadian. Husband. Father. Christian. Recovering Settler. A priest of the Church of England, Diocese in Europe, on the island of Crete in Greece. More about me at https://www.linkedin.com/in/bruce-bryant-scott-4205501a/
View all posts by Bruce Bryant-Scott →
This entry was posted in Lent and tagged Insights from Romans, Romans 11.25-36, Salvation of Israel. Bookmark the permalink.