To the Ends of the World 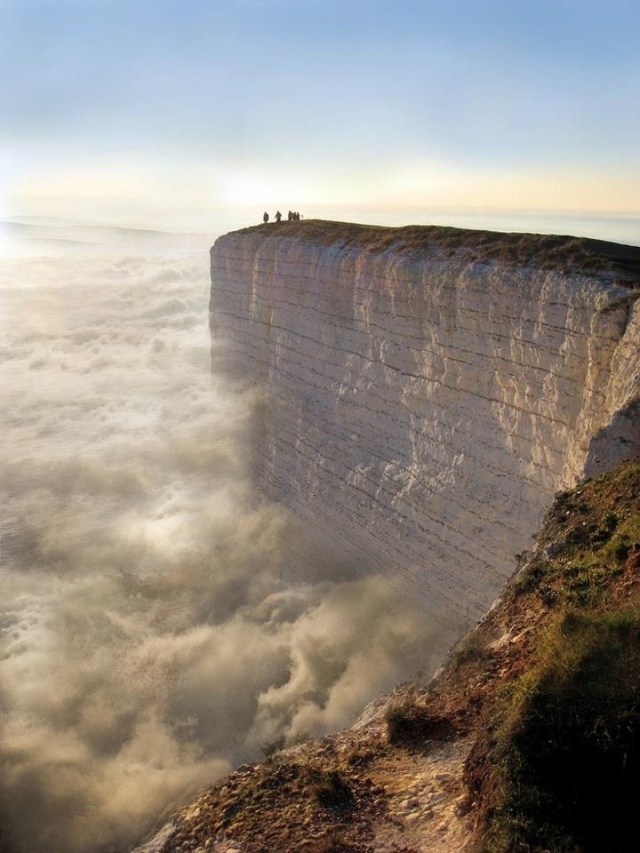 The very first time I flew out to Vancouver was in 1986, when I attended a Divinity Students Conference at the old Vancouver Divinity School. After flying across mainland Canada for five hours Vancouver was finally in sight. As we approached the city we flew past it out over the ocean, ultimately to turn around and land at YVR – but I had the most unreasonable sensation that I had flown out beyond the edge of the known world. After all, beyond the west coast, what was there but the immense Pacific Ocean, a huge void? As it turned out, what was just beyond the Lower Mainland of British Columbia was Vancouver Island and the Gulf Islands, where I have lived since 1995, but I did not know that then. All I could think was that if Jerusalem was the centre from which the gospel was proclaimed, this was about as far away from it as you could get. This was the End of the World.

Why does Paul preach the Gospel? Apart from the strong impression that Jesus asked him personally to do so, he also feels that in doing so he plays a role in the  fulfillment of the scriptures. A strong theme in Christian theology of the last days (aka eschatology) is that before the Son of Man returns the good news of Jesus must be preached to the ends of the world.

But I ask, have they not heard? Indeed they have; for‘Their voice has gone out to all the earth,
and their words to the ends of the world.’ Again I ask, did Israel not understand? First Moses says,‘I will make you jealous of those who are not a nation;
with a foolish nation I will make you angry.’ Then Isaiah is so bold as to say,‘I have been found by those who did not seek me;
I have shown myself to those who did not ask for me.’ But of Israel he says, ‘All day long I have held out my hands to a disobedient and contrary people.’

Paul again, using something like a proto-Talmudic method, quotes verses in support of this view. In sequence, and with the NRSV translations from the source text, they are:

Isaiah 52.7: How beautiful upon the mountains
are the feet of the messenger who announces peace,who brings good news,
who announces salvation,
who says to Zion, ‘Your God reigns.’
Isaiah 53.1: Who has believed what we have heard?
And to whom has the arm of the Lord been revealed?
Psalm 19.4: yet their voice goes out through all the earth,
and their words to the end of the world.
Deuteronomy 32.21: So I will make them jealous with what is no people,
provoke them with a foolish nation.
Isaiah 65.1-2: I was ready to be sought out by those who did not ask,
to be found by those who did not seek me.I said, ‘Here I am, here I am’,
to a nation that did not call on my name.
I held out my hands all day long
to a rebellious people

Paul again appears to be quoting from memory from the Septuagint, the Jewish translation of the Hebrew Bible into Greek. The impression made by this concatenation of verses is that God will reach out to the Gentiles, and that the Israelites/Jews were repeatedly rebellious. The extension of God’s mercy is intended to provoke the Jews.

Paul wanted to go to the ends of the earth in order to proclaim the good news. He wanted to expedite the coming of the Son of man. Interestingly, this same belief and impetus was behind St. patrick when he went to Ireland. For that missionary bishop Ireland was about as far and distant a place as one could go; beyond Ireland was only water. In 1910 the World Missionary Conference held in Edinburgh reflected the same belief – that the kingdom of God would be hastened by the preaching of the gospel to all peoples. The ends of the world for them were places like Mecca and the far west of China.

The gospel is proclaimed both geographically and temporally. Christianity has for many decades ceased to be a European religion. If anything, the average Christian today is a female African. Europe and North America are arguably less Christian than they were, largely due to the rise of agnosticism. The mission for Western evangelists today is not overseas, it is literally outside our door.

As it turns out the actual antipodes of Jerusalem is several thousand km northeast of New Zealand. The nearest inhabited land seems to be an island called Rapa Iti, a very isolated island that is part of French Polynesia. The indigenous Polynesians seem to have arrived only in the 13th century, and today some 500 people live there. Because it is considered part of France, its people are all EU citizens, and can freely travel to the EU to live and work. From what I can tell from the Internet, all the inhabitants of the island are Christian.

Canadian. Husband. Father. Christian. Recovering Settler. A priest of the Church of England, Diocese in Europe, on the island of Crete in Greece. More about me at https://www.linkedin.com/in/bruce-bryant-scott-4205501a/
View all posts by Bruce Bryant-Scott →
This entry was posted in Lent and tagged Evangelism, Rapa Iti, Romans 10.14-21. Bookmark the permalink.