An Introduction to Levinas (Part Six-A) 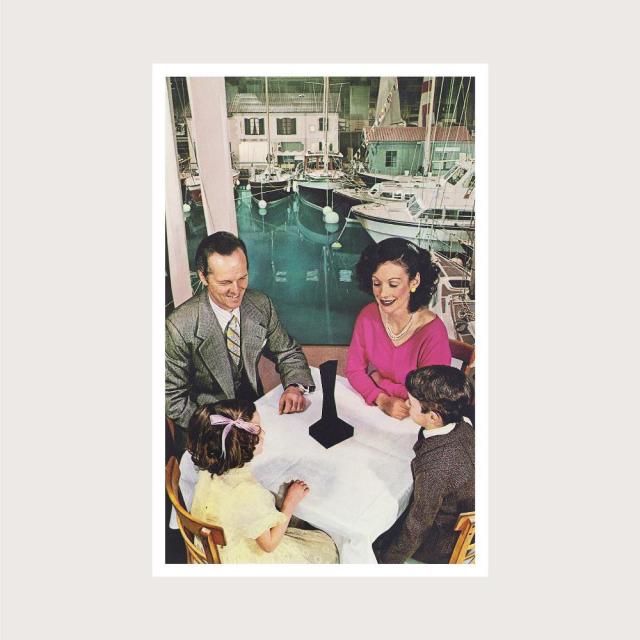 Album Art by Hipgnosis for “Presence” by Led Zeppelin (1976)

Note: This is the first half of the sixth part in an ongoing commentary on Emmanuel Levinas’s essay “God and Philosophy” (1974).

a) In this section Levinas draws on Husserl and Heidegger to describe “consciousness of . . .”. Rather confusingly, in this section he just calls it “consciousness”. A key theme comes through this section, which is that of “presence” (which is not, despite the nostalgic picture above, a black object that somehow when astray from 2001:a Space Odyssey).

b) “Consciousness of . . . “, here called simply “consciousness”, breaks with the disinterestedness of insomnia or wakefulness. It is interested or has care for the content of the phenomena it perceives. In consciousness the self intuits the presence of some thing. It is the “identity of the Same” in that “I think this,” or “I perceive that”; the subject and object are united. It is the “presence of being” in that what is thought or perceived is given and has meaning for the conscious self. The word presence, both in English and French, goes back to Latin, namely the prefix pre- (before) and the present participle of esse (to be), which is ens. Slap an -s- in between the prefix and the word it modifies, and you get presence – being before. The “presence of presence” has the quality of “in the face-ness” in the conscious human.

c) Consciousness has this quality of presence to me. This is what I hear around me, this is what I smell before me, this is what I feel beneath me. This is my thought here and now. I may have heard it from you or read about it,  but even then I was making it my own. Consciousness in a non-derogatory way is selfish, because it is about what is present to me, even if I forget its mine-ness and simply see the perception as an objective object or a commonly shared thought.

d) Footnote 6 creates a set of dominoes that we have already glimpsed in the previous part, but here in reverse. The idea of infinity is an idea that I can have, but as Levinas will explain in later parts of the essay, the idea of the infinite is greater than what I can think, and ruptures thought, just as the Other wakens the self in insomnia. This wakefulness results in the call of justice, which then moves from the unsaid to the spoken, or as Levinas will call it later in the essay, the Saying and the Said. Justice becomes a theme which moderates the substitution of the self for another (Otherwise than Being p. 159). Justice is rooted in this vigilance and not in some kind of social contract or historical accident. As a theme it may be socially constructed, but even that social construction is subject to the vigilance of the dis-interested self.

Presence can only be as a return of consciousness to itself, outside of sleep.

e) That is, presence is always something present to me.

In this sense, consciousness goes back to insomnia even if this return to itself, as consciousness of self, is only the forgetting of the Other who wakes the Same from within; even if the freedom of the Same is still only a waking dream.

f) I think that what Levinas means here is that “consciousness of . . .” presumes tbat the Self has been wakened by the other, even if this is forgotten in full wakefulness. The belief that the Self is completely free is only possible in this forgetful wakefulness, and Levinas calls it ironically “a waking dream”.

g) The nature of presence is that something is repeated throughout the time in which we are fully awake. Presence means that some content is given to us, and so includes the object and the subject.

h) Levinas seems to be making a distinction between “recovery” and “re-presentation”. I am not quite sure what that means. Re-presentation may be the persistence of the given in time, whereas recovery may be the activity of the self which receives the given, the present. This is an opaque sentence, but the next sentences suggests that this might be it.

The unity of apperception, the “I think” – which is to be discovered in re-presentation, and to which a role has thus devolved – is not a manner of making presence purely subjective. The synthesis accomplished by the unity of the I think, behind experience, constitutes the act of presence, or presence as an act, or presence in action.

i) “Re-presentation” assumes the self which is a thinking self, but does not make it explicit. What is thought is not purely subjective. The “objective” given and the “subjective” self need each other to have an “act of presence”, for something to be present. We know that something is present; by comparison, a rock does not know that it is bumping up against another rock. We derive the idea of persistence – that the rock is there whether we are there to perceive it or not – from the repeated re-presentation of that rock to us.

This encompassing movement is accomplished by the unity that has become a core [noyautee] in the “I think” and which, as synopsia, is the structure necessary to the actuality of the present.

j) What is a “synopsia”?? It is apparently an old 19th century psychiatric term for what is now called “synesthesia” in which an object results in unexpected sensations. For example, one sees a yellow colour but experiences a bitter taste, or one feels a rough edge and hears a particular sound. For Levinas synopsia refers to the process by which the self unifies the incessant moments into a continuous passage through time, or diachrony. Thus, for us to have a “present” we must have this unifying core.

The operative concept of transcendental idealism which is the “activity of mind” does not rest upon some empirics [empirie] of the deployment of intellectual energy. It is rather the extreme purity – extreme to the point of tension – of the presence of presence, which is Aristotle’s being in act, a presence of presence; an extreme tension to the point of the bursting of presence into an “experience had by a subject” in which presence precisely returns upon itself and fills itself up and is fulfilled.

k) “Transcendental idealism” is the epistemology of Immanuel Kant. Kant believed that mere sensations needed to be constructed by the human self into experience. Thus, we experience reality as a representation to our selves in which we supply basic categories such as space and time. However, contrary to some interpretations of Kant, this is not a subjective exercise. Rather, doing a rather Heideggerian reading of Kant (probably indebted to his Kantbuch), this is in the nature of “being in act”. It is a like a bubble held by surface tension over a pocket of air. One moment it appears to be a separate thing, then suddenly it collapses, and the resolves into a sharp distinction between water and air. In the in-between state when it bursts there is the “experience had by a subject” neither bubble nor just water and air resolved into two separate things.

The psychic life [psychisme] of consciousness is this emphasis of being, this presence of presence; an overbidding of presence with no way out, with no subterfuge, with no possible forgetting in the folds of some sort of implication that could not be unfolded.

l) In other words, consciousness is always consciousness of something. This is the basic postulate of phenomenology going back to Husserl, and Levinas here reads it in a Heideggerian mode. If we are awake we will always be aware of Being.

The “without-ceasing” is a making explicit, without any chance of being dimmed [estompement]. It refers to an awakening in the form of lucidity, but also to a keeping watch over being. It is an attention to … , and not an exposition to the other, which is already a modification of Insomnia’s formalism without intentionality.

m) The nature of being’s presence to the self is that it is lucid (i.e. bright and clear) and the self has concern for it. It is intuited directly, and has not yet been explicated into language, which presumes the existence of the other; such an exposition to the other is actually a development of simple content-less consciousness that is experienced in insomnia.

The fact remains that through consciousness nothing in being can dissimulate itself.

n) The content of phenomena is real; even if produced by mental illness or psychedelics there is something factual taking place for the self. Being does not lie, and is directly accessible.

Consciousness is a light that illumines the world from one end to the other; all that sinks into the past is remembered [se sou-vient] or is rediscovered by history. Reminiscence is the extreme consciousness that is also universal presence and ontology: all that which is able to fill the field of consciousness was, in its time, received, perceived, and had an origin. Through consciousness the past is but a modification of the present. Nothing can, or could, come to pass without presenting itself. Nothing can, or could, smuggle itself into consciousness without being declared, without showing itself, and without letting itself be inspected as to its truth. Transcendental subjectivity is the figure of this presence: no signification precedes that which I give.

o) Consciousness unites the past to the present and makes everything united under the banner of objective history; all phenomena fits into it somewhere. It becomes a totality united in the subject; transcendental subjectivity creates the objective truth and reality which is based on that which is given in experience.

Canadian. Husband. Father. Christian. Recovering Settler. A priest of the Church of England, Diocese in Europe, on the island of Crete in Greece. More about me at https://www.linkedin.com/in/bruce-bryant-scott-4205501a/
View all posts by Bruce Bryant-Scott →
This entry was posted in Levinas, Philosophy and tagged God and Philosophy, Levinas, Presence. Bookmark the permalink.