The Brain as a Model for Prophecy in Isaiah

Day Nineteen of “Through Advent with Isaiah”

Once upon a time, not so long ago, scientists who studied the human brain said that it had a triune nature. By this they did not mean that it was like the Holy Trinity, but rather that the human brain had three parts, the lowest part leading up to the highest part.

The brain stem and cerebellum was thought to be an artifact of our primitive ancestors and very much like a reptile brain. It responds to gross stimuli, and is concerned with threats to survival, the need for food, and so forth. As the image above suggests, it is our “lizard brain”. In the brains of mammals we find an area developed above it, called the limbic system, and scientists have determined that it is the part of the brain which controls emotion, behavior, motivation, long-term memory, and smell. The neocortex, which is found in all mammals, is most highly developed in primates and human beings. It is strongly correlated with our ability to use language, think in images, reason, and so forth.

This tripartate description of the human brain was popular in the ’60s and ’70s, but began to fall apart as neurology advanced. As Julian Kiverstein and Mark Miller put it in their 2015 article, “The embodied brain: towards a radical embodied cognitive neuroscience” (found here),

Why assume however that the only parts of the human brain to undergo change over the course of evolution were those located in the cortex? An alternative co-evolutionary hypothesis is that both cortex and sub-cortex underwent changes in a coordinated fashion. Those brain structures with major anatomical and functional links most likely evolved together. . . . Pessoa has suggested, in line with the co-evolutionary hypothesis we just sketched, that this increase in size in the amygdala is likely to be linked to the degree of connectivity with other brain structures. . . . Parvizi (2009) offers an important critique of this “corticocentric myopia”. In his words “higher functions of the brain are made possible by a reciprocal interconnection between cortical and subcortical structures rather than being localized only in the upper tip of the vertical neuroaxis”.

This picture of higher cognitive systems and lower emotional systems as being “vertically” integrated and tightly coordinated strongly argues against a corticocentric myopia. It suggests instead a view of cognitive and emotional processes as strongly interdependent.

This is fascinating. We can imagine our distant ancestors of hundreds of millions years ago having relatively simple brains, well adapted for their circumstances. As natural selection drove evolution and circumstances changed, the limbic system developed, at the same time changing in some ways how the brain stem and cerebellum functioned. As our ancestors developed into mammals a simple neocortex emerges, which in one trajectory – ours- it grows phenomenally, likewise interacting with the limbic system and cerebellum in new ways.

Of course, as much as we know about the brain, there is still much that we do not understand. We have a good idea of how nerve cells interact and what chemicals are involved. We also have a good idea of what parts of the brain do what, and how they evolved into what they are today. What we do not have is a good theory of how chemical interactions at the cell level produce what we know, how we think, and what we see with “the mind’s eye”. We do not have a good account for how the brain produces the phenomenon of what we know subjectively as thought, or being human. In the past many approached the brain as if it were just a complex computer, but that is now seen as a gross simplification and rather unhelpful metaphor. Our brains do not encode data as 0s and 1s, as computers do, nor have any computers come out with emergent consciousnesses – our brains are much more complex and weirder than that. 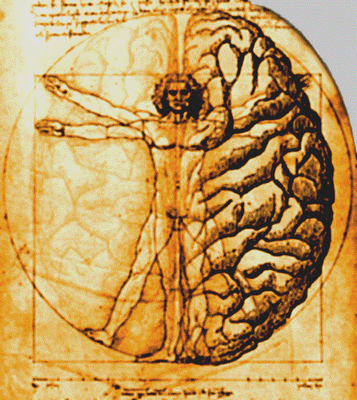 Isaiah as a Brain

Now, consider what we know about the Book of Isaiah. Bernard Duhm suggested in the 1890s that there were three sections of the book corresponding to three different authors.

This is a bit like the now discredited triune brain theory. Scholars in the hundred-plus years since his time have complexified his theory and taken it apart. Some have found that the last part of the book to be written was in chapters 24-27, not 56-66. Some see additions from the exilic and post-exilic all over First Isaiah. Scholars argue over the context in which First Isaiah emerged – was it from the prophet himself, a Josianic recension of the prophet’s sayings, or from the fourth century? How were the concerns of the exilic community in Second Isaiah read in the post-exilic era?

It seems to me that the complexity of Isaiah is a bit like the complexity of the brain. We have the final product, but we do not know how it got there. Indeed, because the process of its creation is an historical event and process lost in the mists of time, we may never be able to recover what really happened. We can speculate, but never really know.

That said, we can see how the rhetoric and structure of Isaiah works. There is the interaction between Second Isaiah and First Isaiah, on either side of the trauma of the conquest of Judea and Jerusalem, the destruction of the Temple, and the Exile. There is warning and hope, repentance and folly. Third Isaiah also builds on this, as ideas of servanthood and who Israel is grow and are transformed. In the era after the book received its final form we can see how all of these elements were then reinterpreted and functioned in Judaism and Christianity. All parts of the book evolve – perhaps materially, by the addition of words and verses, but also by being in relation with later passages elsewhere in the book. It also evoleves in the history of interpretation – and they are then used by other authors, such as those behind the Dead Sea Scrolls and the New Testament.

You may not see this as a helpful metaphor, but thinking about Isaiah as being like a human brain allows me to engage with the text of Isaiah in a new way. Yes, it has a reasonably stable text and content, but it is also something that has demonstrably changed over several hundred years, and its interpretation did not sit still even when finished. Kind of like human beings.

Canadian. Husband. Father. Christian. Recovering Settler. A priest of the Church of England, Diocese in Europe, on the island of Crete in Greece. More about me at https://www.linkedin.com/in/bruce-bryant-scott-4205501a/
View all posts by Bruce Bryant-Scott →
This entry was posted in Advent, Isaiah, Uncategorized and tagged Isaiah and the Human Brain, Prophecy and Brains. Bookmark the permalink.