A Sermon preached on the Second Sunday of Lent (Year C) at St. Thomas, Kefalas, Crete, Greece at 11:00 am on March 17, 2019 (which is also the feast day of Patrick of Ireland; which, in the Church of England, is a Lesser Feast, and, as it is a Sunday, is displaced by the celebration and readings for the Second Sunday in Lent and does not appear to be commemorated this year)

Readings for the Second Sunday of Lent

Are any Irish here? Any of you with Irish forebears?

Today is, of course, St. Patrick’s Day. People across the globe, whether they are Irish or not, will be wearing green. In Chicago they will dye the rivers green, and even the beer will be green. It’s an official holiday in the province of Newfoundland and Labrador. In New York, Boston, and Toronto they’ll be marching in St. Patrick’s Day Parades, and all the politicians will be out. The oldest parade is that of Montreal, I’ll have you know, and Irish soldiers first celebrated St. Patrick’s Day back in 1759. Even Dublin, which always treated the 17th of March as a religious holiday, has been obliged to put on a parade to satisfy all the American tourists making a pilgrimage to the Emerald Isle.

But it is also for us The Second Sunday of Lent. The challenge, for me as a preacher, is to make some connection. So, challenge accepted!

Let us consider for a moment the life of Patrick. Begin by forgetting all the mythology – all the stuff about snakes, shamrocks, and the hymn we know as St. Patrick’s Breastplate. All of that dates from centuries after the saint lived. We cannot prove that all those stories are false – it is hard to prove a negative fact – but I suggest that rather than look at what was written about him three hundred years after his death we look instead at primary evidence – what he actually wrote.

For we have two documents written by Patrick himself. First, The Confession or Confessio, a defense of his life written in response to attacks upon him. Second, a Letter to the Soldiers of Coroticus, the Epistola militibus Corotici. Both were written in Latin, and at one point Patrick apologises for his poor the Latin is, compared to that of his learned contemporaries. The irony is this apology is that these two documents are the only Latin documents written in Britain in this time – the 4th or 5th century – that has survived.

Patrick was British. That is, he was born perhaps in what we might call Cumbria, the son of a deacon and part of the Romanized British population. At home he probably spoke an archaic form of what we now call Welsh, which means that when he went to Ireland he could understand the different but related form of ancient Irish spoken there. He would have learned Latin, but his education was interrupted at the age of 16 when he was captured by slavers and taken to Ireland, where he was sold to a farmer. In modern day language, he was a victim of human trafficking. He was obliged to be a shepherd, and in the trauma of slavery he found himself falling back on the psalms and the God of his forebears. While much of Britain at the time was Christian, as was most of the Roman Empire, Ireland, having been outside the Empire, was relatively untouched by the faith. There may have been a missionary named Palladius, but his impact was relatively minor.

Patrick escaped from slavery and made his way, perhaps via Gaul and Brittany, back to his home. However, he did not escape his deep faith in Christ, and felt a call to return to the land of his slavery and to preach the freedom he had found in Jesus. In due course he was trained and ordained as a missionary bishop, and sent off to the wild island. The training he received and the tradition he was part of was that of Celtic Christianity, grounded in monasticism and the people.

Patrick believed that in so doing he was preaching to the edge of the world. He prayed and looked for the coming of Jesus by taking the gospel to the furthest corner of the known world. The response was good. He says he had baptized thousands. He did not convert the whole of the country, as later tradition held, but he did manage to establish a core of Christians whose influence in the decades and centuries following led the island to become thoroughly Christian.

Is it not astonishing that Patrick acted the way he did? He might have returned home and decided to have nothing to do with the Irish. He might have raised troops and returned to Ireland to attack those who had enslaved him. Instead he responded to adversity and the dehumanization of slavery by returning to them and preaching a gospel of love and acceptance, daring to meet with the high and lowly. He turned the other cheek, and gave the shirt off of his back.

What might this ancient saint have to say to us today? Well, there are many on both the left and the right who would advocate for hatred and animosity on the basis of ethnicity, religious origin, and of perceived wrongs. Exacerbated by the echo chambers and silos of online forums and non-stop commentary of cable news we have young people and old folk driven to believe that violence is the answer. And so we see massacres such as we have seen in Christ Church, New Zealand and Quebec City, Canada, Brussels and Paris, in London and Manchester. Obviously we need to defend ourselves against such attacks, but the Christian response is not to cease relations with those who differ from us, but to engage with them and to build relationships. As Patrick did, we need to take risks, knowing in advance that we will be unsettled, that it will not result in any predetermined outcome, but that in the long run a foundation of peace and love may be established.

When it comes to relations with other faiths we are called not to judge but perhaps to be encouraged how to be better at our own. When examining the customs of other faiths about food and clothing perhaps it would be best to look at what ours might say about us, for what we consider to be normal and natural may in fact prove to be anything but.

There are three world faiths that claim Abram, later to be named Abraham, as their forebear – a) Judaism by descent through Isaac and the promise we read about today in Genesis; b) Islam by descent through Ishmael and traditions connecting him to the Kaa’ba in Mecca; and c)  Christianity by claiming that Abraham is the “father of faith”, as Saint Paul puts it. And we are related. To me the most poignant scene in Genesis is when Abraham is buried alongside Sarah on the only land they owned, their graves, in Hebron. The two brothers come together to bury their father. Now, of course, brothers do not always get along – but that is not an excuse for violence and murder. The animosity between Jew, Muslim, and Christian too often leads to fratricide. In Genesis we heard, “Look toward heaven and count the stars, if you are able to count them.” Then he said to him, “So shall your descendants be.” In the Abrahamic religions this has come to pass. And he believed the Lord; and the Lord reckoned it to him as righteousness. 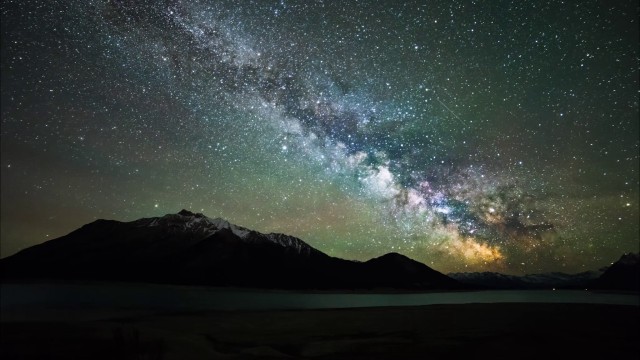 Patrick followed in the footsteps of Jesus in being willing to accept suffering at the hands of those who opposed him. “Not a day passes but I expect to be killed or way-laid or taken into slavery or assaulted in some way (Confessio 55). Jesus broke the cycle of violence, and Patrick, the saints, and his holy ones today who follow in that way continue to break that same cycle. 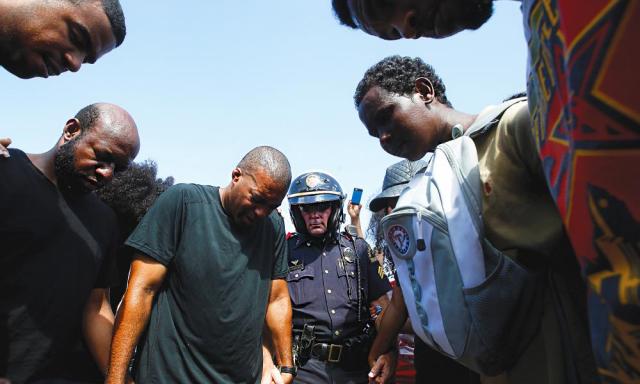 We Christians who claim decent from Abraham are made children of God and righteous by the faith of Christ. There are present day Herods who for political reasons would seek to kill the most vulnerable among us, whether it is Yemeni children, Syrian refugees, concert goers in Manchester, people on the London Underground, or people at worship in Quebec City and Christchurch. May we not be cast into fear, but continue to drive out all evil that is among us, heal the world, and finish the work of Christ.

Bibliographic Note: The Confessio and the Epistola militibus Corotici can be found in a modern English translation, as well as with a learned discussion of what can be learned from them about the saint, in Thomas O’Loughlin, Discovering Saint Patrick (Mahwah NJ: Paulist Press, 2005).

Canadian. Husband. Father. Christian. Recovering Settler. A priest of the Church of England, Diocese in Europe, on the island of Crete in Greece. More about me at https://www.linkedin.com/in/bruce-bryant-scott-4205501a/
View all posts by Bruce Bryant-Scott →
This entry was posted in Sermons and tagged Christchurch Massacre, Christian Response to Violence, Second Sunday in Lent Year C, Second Sunday of Lent Year C, St. Patrick. Bookmark the permalink.

1 Response to St Patrick in Lent