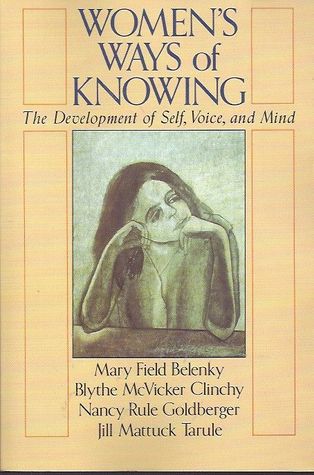 On this International Woman’s Day (March 8, 2019) I would refer my male friends to the book, Women’s Ways of Knowing: The Development of Self, Voice, and Mind. I read it back in the ’80s, and if I was not a feminist before I certainly was one afterwards. Reading it I recognised my own privilege as a white, educated male in North America, and began to see that what I considered “normal” was not so for everybody.

First published in 1986, it was written by four researchers, Mary Field Belenky, Blythe McVicker Clinchy, Nancy Rule Goldberger, and Jill Mattuck Tarule. The four authors interviewed one hundred and thirty-five women from their teens into their sixties. From these interviews they inductively derived five ways of knowing, or perspectives:

The Wikipedia article is a pretty good summary. Of course, the other thing I might suggest to my male friends is to listen to women around them today, and not to speak too much!

Canadian. Husband. Father. Christian. Recovering Settler. A priest of the Church of England, Diocese in Europe, on the island of Crete in Greece. More about me at https://www.linkedin.com/in/bruce-bryant-scott-4205501a/
View all posts by Bruce Bryant-Scott →
This entry was posted in Philosophy, Random Personal Notes and tagged Women's Ways of Knowing. Bookmark the permalink.