The Greeks have a habit of building chapels into caves. My wife visited a large one south of Chania, but one finds little chapels built into cliffs all the time. These are some photos I took on a rainy day in January of a chapel in Kalyves (a ten minute drive from where we live) dedicated to St. Anthony the Great of Egypt (251-356), considered to be the first of all monks. January 17th is his feast day in both Eastern Orthodoxy and the Catholic West (including the Anglican Communion). There will be a Divine Liturgy (i.e. Orthodox Holy Communion) there on that day. 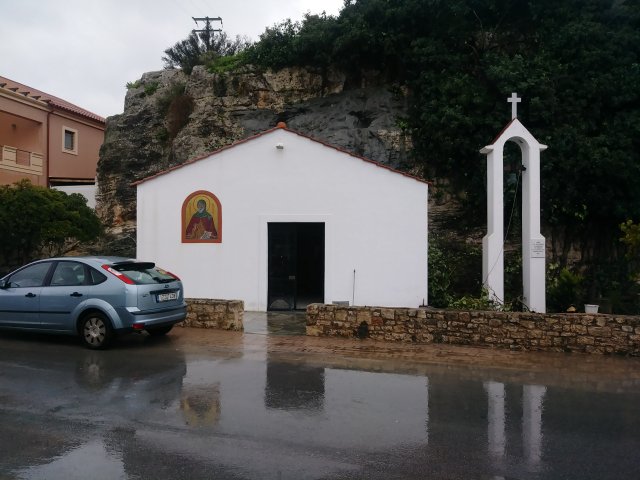 Blink and you’ll miss it as you drive in. It’s across the street from a hardware store and a computer shop, a couple of doors down from the doctor and an auto repair shop. The chapel is about a decade old, probably built as an act of piety. It seems to be open to the public most days.

A somewhat distorted panorama view of the interior. The small iconostasis hides the altar. As is traditional, there are three openings, one on either side of the iconostasis, and the central one used for the administration of communion.There are chairs for the elderly, but at an Orthodox Liturgy most people would probably stand. As is usual in Orthodox places of worship, there is an icon on a stand representing the saint to whom the chapel is dedicated, conveniently placed so people may reverence it by bowing and kissing it.

There are a couple of stands for candles and a lectern for the cantors. You can see how the cliff overhangs and provides about half of the ceiling of the chapel.

Not a lot of headroom! Looking behind the iconostasis one can see the altar in the centre. The two platforms on either side, one higher and one lower, are used during the liturgy to hold books and holy vessels.

Looking towards the street past the lectern. The books used by the cantors contain the texts for the 90-120 minute Liturgy – but no music; the cantors will know the chants from their training. 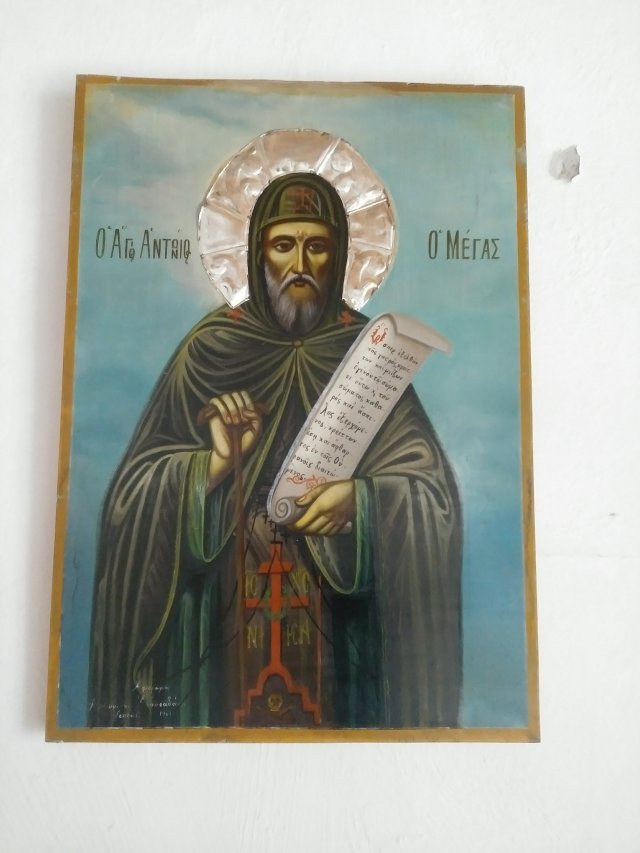 Another icon of St. Anthony. The halo is metal, quite possibly silver. 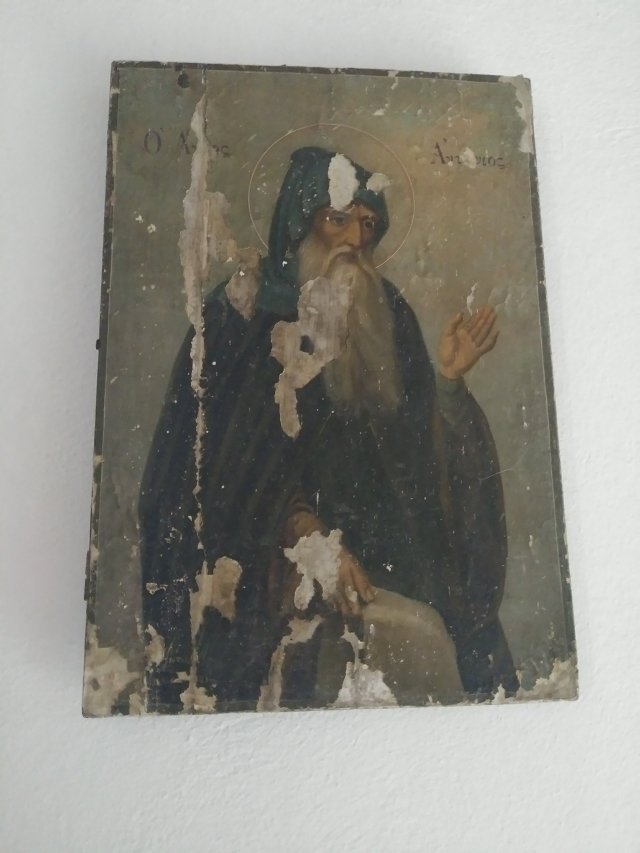 An old icon of St. Anthony. Given the relatively realistic style, it is probably a hundred or so years old. After the Great Catastrophe of the war between Greece and Turkey in 1921-1923, the two nations exchanged populations – over a million Orthodox Christians were expelled from Turkey, and some 300,000 Muslims from Greece. The newly arrived Orthodox brought an older Byzantine tradition with them, and were quite critical of the western-influenced style of the Greek icons that were influenced by “modern” styles of painting imported from “Frankia”. 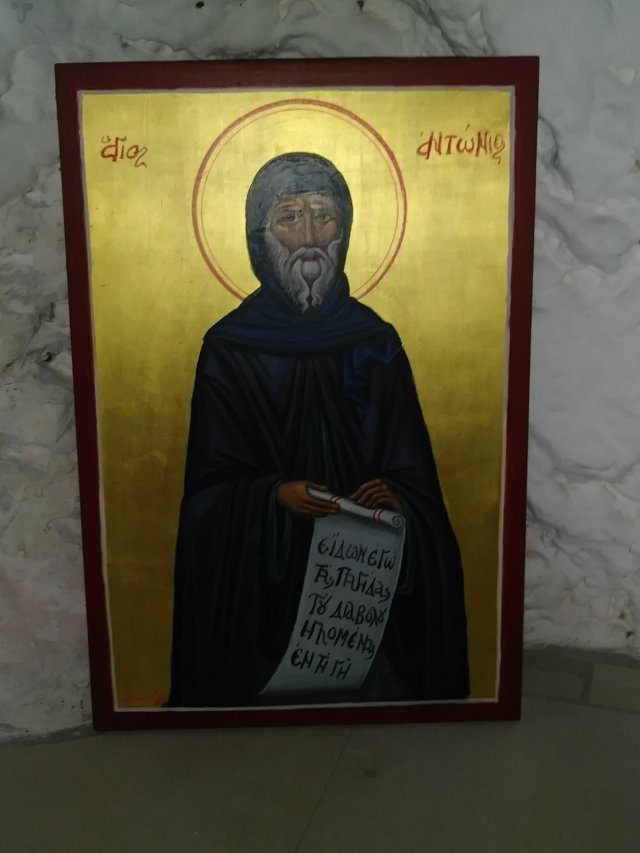 Yet another icon of St. Anthony, this one in a corner behind the iconostasis. This is probably a newer one, but in the ancient Byzantine style.

An icon of St. John the Baptist in the iconostasis. He appears to be holding his own head.

Canadian. Husband. Father. Christian. Recovering Settler. A priest of the Church of England, Diocese in Europe, on the island of Crete in Greece. More about me at https://www.linkedin.com/in/bruce-bryant-scott-4205501a/
View all posts by Bruce Bryant-Scott →
This entry was posted in Crete, Greece and tagged Cave Church, Crete, Greek Orthodox Church, Icons of St. Anthony, Kalyves, Saint Anthony, St. Anthony, Worship. Bookmark the permalink.