Canada and the Refugee Crisis: Part One

I gave a talk on Ascension Day 2017 at Christ Church Cathedral, Victoria, on Canada and the Refugee Crisis. Here’s the first part where I give an overview of the history and current situation in the world today; I’ll post Part Two in a bit. I was the Refugee Coordinator for the Refugee Program of the Anglican Diocese of British Columbia from February 2015 until April 2017.

Good afternoon, and thank you for inviting me to speak to you about Canada and refugees. I’ve been asked to give the general overview, and I hope that it provides a context for speakers and discussions in the weeks ahead.

Let’s begin with the fact that the current refugee crisis is another manifestation of a central fact of human nature, which is that we move. Humans moved out of Africa and migrated into Europe, Asia, Australia, and the Americas. Movement is caused by many things – a search for new resources, the following of animals, the discovery of fertile soil. Movement is also caused by more negative things, namely war, famine, and disease. Those of us who are of British and Irish descent (and we are Anglicans, so I assume many of us qualify) and the descendants and heirs of the stone and bronze age peoples who built stone circles, who then were transformed by the Indo-European Celtic speaking peoples who arrived in the First Millennium. Then came the Romans, then the Angles, Saxons, and Jutes, then the Vikings, then the Normans. In the heyday of the British Empire millions of people left to colonize other lands. More recently peoples from the old Empire and the European Union have come to settle in the United Kingdom and Ireland. Movement is not an anomaly, but normal and natural. 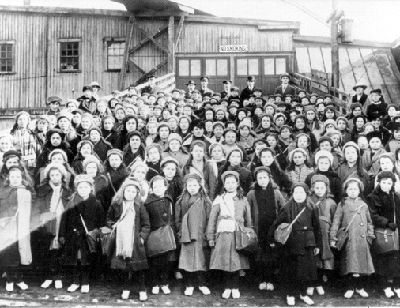 A major part of this movement is refugees. There is nothing new about Canada welcoming refugees. Before the First World War Canada under Clifford Sifton (Minister of Interior under Wilfrid Laurier) welcomed Ukranian settlers to the Prairies. After the Great War Ukranians attempted to establish an independent state, but the Soviet Union invaded and there was civil war. Some 70,000 Ukranians came to Canada seeking refuge and a new life. 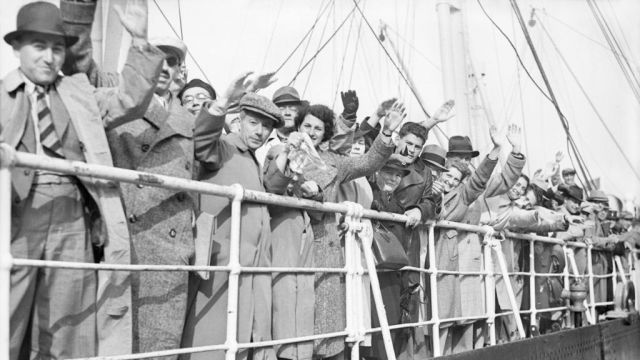 With the rise of National Socialism in Germany in 1933 Jewish Germans were persecuted and encouraged to leave the country (provided they paid to do so, and left virtually everything behind). Many sought to emigrate from Europe, but were turned back by antisemitic governments and officials in the United States, Cuba, and Canada. A Canadian immigration official was asked in 1939 how many Jewish refugees Canada would take, and his reply has become legendary: “None is too many.” One of the ships that attempted to land these immigrants was the SS St Louis in 1939, sailing from Hamburg with over 900 passengers, most of whom were German Jews. Ultimately it returned to Europe with its Jewish passengers. The captain sought to find refuge for his passengers, but ultimately many of them were in countries that were conquered by the Nazis.  A quarter of them did not find a safe refuge, and died in the Holocaust. 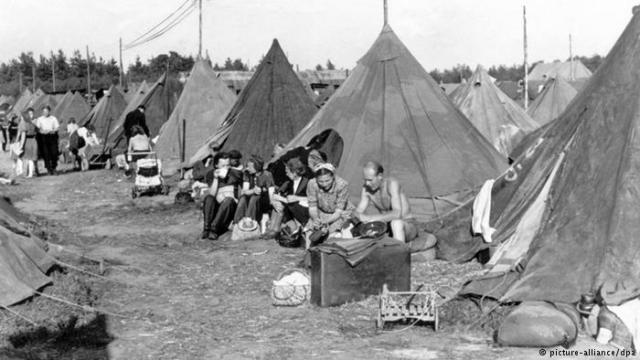 After the Second World War there were millions of refugees in Europe – the survivors of the Holocaust, ethnic Germans forced from their historic homelands, and millions of others (Poles, Russians, Ukranians) obliged to move because of border changes and displacement during the war. Canada was reluctant to accept Jewish Holocaust survivors (and only changed the policy after the establishment of the State of Israel, when the pressure to take Jewish refugees lessened), but after 1950 it welcomed some 400,000 German refugees. It also welcomed some 150,000 Dutch immigrants, many of whom were fleeing floods. 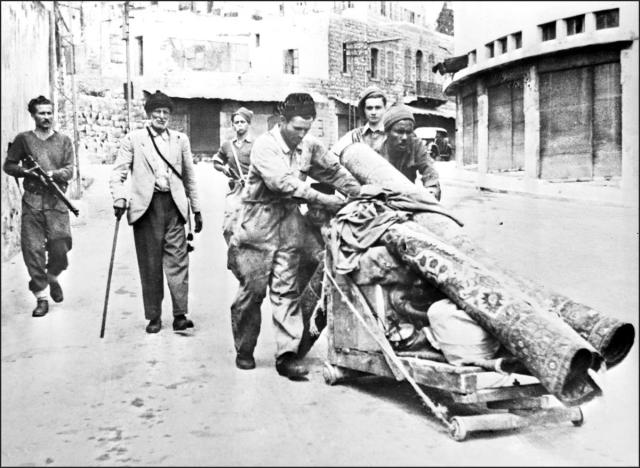 The creation of the state of Israel by the United Nations and its establishment in the Israeli War of Independence resulted in some 700,000 Palestinians fleeing or being expelled from their homes; this represented some 85% of the Palestinian population. As the war involved Arab countries attacking the new state, some 700,000 Jews were expelled from countries throughout the Arabic speaking world, nearly all of who settled in Israel. While the Jewish refugees became citizens of Israel, the Palestinian refugees remained stateless; through population growth they now number 4.2 million in the West Bank and Gaza; the total number of registered and unregistered Palestinian refugees is about 5.5 million.

The Soviet occupation of Eastern Europe resulted in the establishment of Soviet-friendly regimes that repressed the local populations. Hungarians revolted in 1956 and Czechoslovakians in 1968, but both revolutions were put down bloodily. As a result Canada took in 37,000 Hungarians and 11,000 Czechs and Slovaks. The dictator Idi Amin expelled Asians from Uganda in 1972 and Canada welcomed over 7000 refugees, over 4000 people arriving in specially chartered flights.

What is a Refugee?

The signing of the UN Convention on Refugees, 1951

In 1951 the United Nations Convention on Refugees was agreed upon; it originally dealt with European refugees from the Second World War, although at the discretion of contracting nations it could be extended to other situations.  In 1967 it was extended by the Protocol, which had no geographic limitations. The Convention and Protocol consolidates and establishes the standard definitions of who qualifies as a refugee and the responsibilities of the contracting nations. The first article defines a refugee as:

One needs distinguish between those who may qualify for refugee status and those who are registered with the United Nations High Commissioner for Refugees (“UNHCR”) as such. The latter have been evaluated by UNHCR staff, whereas the former are called asylum seekers and the UNHCR has not yet determined their status.

As one can see from the graph below, there are some 16.6 refugees – including both those registered and seeking registration. The biggest jump is with the Syrians, which has almost tripled from under 2 million refugees to almost 5.5 million in 2016. The next biggest source of refugees is Afghanistan, followed by Somalia, South Sudan, Sudan, Congo, Central African Republic, Myanmar, Eritrea, and Colombia.

By definition refugees are people who have fled their home country and are now in a second country. That second country may give them refuge but they may not be able to or want to give them a permanent solution to their situation. Thus, as can be seen from the map below, millions of refugees from Syria are in Turkey, Lebanon, and Jordan, but they are not immigrants to those countries and do not have the right to stay, work, and become citizens. The “permanent solution” to these refugees dilemma is for them either to return home when peace is declared or the source of their persecution is removed, or they are settled in a third country, such as Canada or the United States.

What is not included in these numbers, charts, and maps is the number of internally displaced people  (“IDPs”) – people who would qualify as refugees except for the fact that they are still in their home country. This describes many Syrians, 11 million, or one out of three who have seen their homes destroyed.

There are now over 34 million IDPs – more than two for every each refugee/asylum seeker. Not included in these numbers are the 5.2 million Palestinian refugees; they are governed by a separate UN agency that dates from 1948, the United Nations Relief and Works Agency for Palestine Refugees in the Near East (“UNRWA”). By the time one adds up all of the refugees and displaced persons one has something like 65 million people – the largest number of refugees since 1945.

In my next post, Part Two, I’ll describe Canada’s response to refugees in the recent past an say a little bit about the efforts of the Refugee Program of the Anglican Diocese of British Columbia. If there are any errors or omissions in the information provided, please note them in the blog below. Thank you for reading!

Canadian. Husband. Father. Christian. Recovering Settler. A priest of the Church of England, Diocese in Europe, on the island of Crete in Greece. More about me at https://www.linkedin.com/in/bruce-bryant-scott-4205501a/
View all posts by Bruce Bryant-Scott →
This entry was posted in Canadian Issues, Refugee Program and tagged Migration, Refugees, UN Convention on Refugees. Bookmark the permalink.