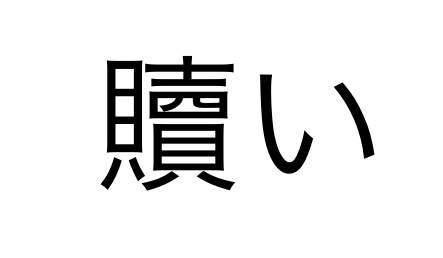 In this week after the First Sunday in Lent we read some passages from the Letter to the Hebrews. Hebrews is an anonymous letter, although it was sometimes attributed to Paul. However, early manuscripts do not have such an attribution, and ancient Christians did not always assume it. As Origen pointed out, the style is much more polished that Paul’s usual rhetoric.

Hebrews 2.11-18
For the one who sanctifies and those who are sanctified all have one Father. For this reason Jesus is not ashamed to call them brothers and sisters, saying,‘I will proclaim your name to my brothers and sisters,
in the midst of the congregation I will praise you.’ And again,‘I will put my trust in him.’And again,‘Here am I and the children whom God has given me.’

Since, therefore, the children share flesh and blood, he himself likewise shared the same things, so that through death he might destroy the one who has the power of death, that is, the devil, and free those who all their lives were held in slavery by the fear of death. For it is clear that he did not come to help angels, but the descendants of Abraham. Therefore he had to become like his brothers and sisters in every respect, so that he might be a merciful and faithful high priest in the service of God, to make a sacrifice of atonement for the sins of the people. Because he himself was tested by what he suffered, he is able to help those who are being tested.

The author is working hard to emphasise the humanity of Jesus. This may sound strange to us, but there is a tendency in Christianity to either overemphasise his humanity to the point that his divinity disappears, or to stress his divinity so that he seems other than human, some kind of superman.

The author bolsters his argument with quotations from the Hebrew scriptures, namely Psalm 22.22, Psalm 56.3 (or perhaps Psalm 18.2), and Isaiah 8.18. As far as the author is concerned, these passages refer to the Messiah, and the common humanity he shares with other people. The author has previously declared that the Messiah was not an angel, but human.

The author has a strong theology of atonement. The fifth century Greek theologian Gregory of Nazianzus wrote, “What has not been assumed has not been healed.” Jesus shared in our humanity, and so was able to act on our behalf to destroy the evil in this world, including death. Death is seen as a kind of slavery, and in his death Jesus overcomes the one who controls it, the devil.

Jesus is compared to a high priest making a sacrifice on the Day of Atonement (Yom Kippur). Instead of sacrificing animals Jesus himself is the victim. Theology of the Atonement can sometimes be a bit confusing, ricocheting between substitutionary sacrifice and Christus Victor theology. I recommend viewing it not as a logical systematic theology, but something that is narrative and whose logic works on an emotional level. The early Christians in the wake of the cross and the resurrection, were struggling to understand the power of what had happened and how they were transformed by it. They knew three things, for sure: 1) that Christ had died for them, 2) that they were forgiven, and that 3) by the Resurrection and consequent flowing of the Holy Spirit, they were empowered to preach the good news of Jesus Christ. Is this what we take from the death and resurrection of Jesus?

Canadian. Husband. Father. Christian. Recovering Settler. A priest of the Church of England, Diocese in Europe, on the island of Crete in Greece. More about me at https://www.linkedin.com/in/bruce-bryant-scott-4205501a/
View all posts by Bruce Bryant-Scott →
This entry was posted in Lent. Bookmark the permalink.