Will Our Bishops Have Faith? 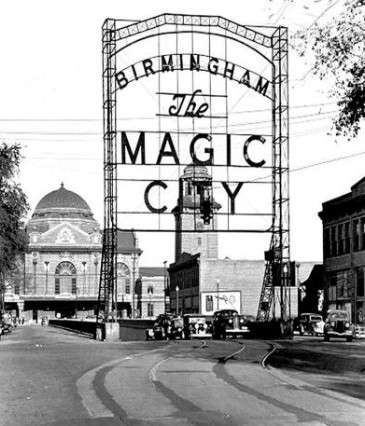 I feel sorry for C. C. J. Carpenter, who was a bishop in the Episcopal Church of the US between 1938 and 1968. He was undoubtedly a decent man and an effective leader. But that is not what he is remembered for.

Charles Colcock Jones Carpenter was a graduate of Princeton and the Ivy League wrestling champion. He stood six foot five and had a large booming voice and a patrician accent. He looked like what people expected in an Episcopalian bishop in the mid-20th century. He was able to take advantage of the Baby Boom in the post-war era and during his time many parishes were founded and became self-sufficient. A church camp was founded and was well established. His diocese was in the South, but he sought to encourage overcoming the divisions of segregation within the churches, which earned him the enmity of the Ku Klux Klan.

However, Carpenter is not remembered for any of this. Carpenter was the Episcopal Bishop of Alabama, and is today mainly remembered for being the first name on a list of eight clergymen who signed their name to an open letter published on April 12, 1963 in Birmingham Alabama. The title of the letter was “A Call for Unity” and in addition to Carpenter it was signed by a rabbi, a Catholic bishop, Methodists, a Baptist, and a Presbyterian. The letter was directed at the demonstrations being planned by against racism and racial segregation in Birmingham, Alabama, protests that were part of a nonviolent campaign being coordinated by the Alabama Christian Movement for Human Rights and the Southern Christian Leadership Conference. An injunction had been obtained from a judge to prevent “parading, demonstrating, boycotting, trespassing and picketing”. The leaders of the campaign said that they would not obey the injunction, and would move forward with their protest. On Good Friday, April 12, the leader, the Rev. Dr. Martin Luther King, along with Ralph Abernathy and other leaders were arrested and thrown into jail.

What got to King in jail was not the brutal and demeaning treatment he received at the hands of the racist Birmingham police – he expected that – but the failure of moderate religious leaders to give the campaign support. He received a smuggled copy of the letter criticizing him and others as an outsider and condemning his methods of non-violent protest. In response King wrote on scraps of paper a “Letter from Birmingham Jail”. It is a remarkable piece of writing and still relevant today.

He wrote:
I must confess that over the past few years
I have been gravely disappointed with the white moderate.
I have almost reached the regrettable conclusion
that the Negro’s great stumbling block
in his stride toward freedom
is not the White Citizen’s Counciler or the Ku Klux Klanner,
but the white moderate
who is more devoted to “order” than to justice:
who prefers a negative peace
which is the absence of tension
to a positive peace
which is the presence of justice;
who constantly says:
“I agree with you in the goal you seek,
but I cannot agree with your methods of direct action”;
who paternalistically believes
he can set the timetable for another man’s freedom;
who lives by a mythical concept of time
and who constantly advises the Negro to
wait for a “more convenient season.”
Shallow understanding from people of good will
is more frustrating than
absolute misunderstanding from people of ill will.
Lukewarm acceptance is much more bewildering
than outright rejection.

So, why do I bring this up?

As you may know, there is a meeting of the General Synod of the Anglican Church of Canada this July in Richmond Hill, Ontario. You are probably also aware that one of the motions to be presented is a request to change the Canon on Marriage to empower bishops to allow their clergy to preside at same-sex marriages. I will be there, and I intend to vote in favour of it.

However, in February of this year (2016) the House of Bishops met and communicated to the Council of General Synod that they did not believe that the House of Bishops had the necessary 2/3rds majority. In other words, the message seems to be, “Don’t get your hopes up.”

Well, for many of us this is a justice issue. Unfortunately, unlike in King’s case, we are not in the vanguard of justice, but trailing in the rear. As Anglicans, years after same-sex marriage became the law of the land, we have been hiding behind the shields of religious belief, justifying the lack of change because of the necessity of placating our privileged, conservative brothers and sisters rather than hearing the pain and exclusion of LGBTQ sisters and brothers.

But I am tired and I am impatient. As Executive Officer & Archdeacon of the Diocese of British Columbia for nearly ten years I went through the schisms, seven parishes in this diocese, with lawsuits and anguish, and this after trying hard to persuade people to remain because, after all, we had not even started blessing same-sex relations. And still we were condemned both locally and internationally. Well, I have had enough. I will go to the General Synod and vote my conscience and vote for inclusion and the amendment to the marriage Canon.

To the best of my knowledge Bishop Carpenter never repented of having signed “A Call to Unity.” I do not know how he reacted to the “Letter from Birmingham Jail.” But the question I put to the Canadian House of Bishops, these shepherds of the church is this – which side of history will they be on? Will they be like those many Episcopalians who supported Martin Luther King? Or will they be like Bishop Carpenter, who in the name of a supposed unity wanted to delay justice? Will they have sufficient faith to choose seek justice?

Canadian. Husband. Father. Christian. Recovering Settler. A priest of the Church of England, Diocese in Europe, on the island of Crete in Greece. More about me at https://www.linkedin.com/in/bruce-bryant-scott-4205501a/
View all posts by Bruce Bryant-Scott →
This entry was posted in Anglican Church of Canada and tagged Anglican Church of Canada, General Synod 2016, Marriage Canon, Same-Sex Marriage. Bookmark the permalink.

1 Response to Will Our Bishops Have Faith?