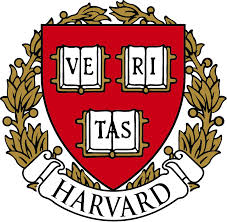 I like to tell people that I was on Facebook was on paper. They usually think I’m joking, but I’m serious.

In 2002-2003 I was a student at Harvard Divinity School, one of the ten graduate schools at Harvard University. Facebook, the internet phenomenon we all know and love, was a few years away. However, each graduate school as well as  Harvard College, where the undergraduates were, produced a bound directory of students, faculty, and staff. The great thing about the directory was that it had not only names, but photos, the same ones that were taken for student ID cards. This meant that if you wanted to track down a student in your class you only had to remember what they looked like. Equally useful were the indexes in the back. The photos were in alphabetical order separated by faculty, staff, and students, but an index would list people by first names and programs. Thus if you only remembered a persons first name you could find it in the index, and confirm the person’s full name by looking at the photo.

What was the name of this booklet? Probably something dull like “Harvard Divinity School Directory 2002-2003” but everyone called it The Facebook. And I was in it.

A year after I graduated with my one-year Master of Theology a young kid named Mark Zuckerberg arrived at Harvard College and created an online networking system – mainly for guys to connect with girls – and he called it The Facebook. Originally it was just for Harvard College students, and then it spread to the graduate faculties and other Ivy League Universities. Zuckerberg dropped out of Harvard in his second year to work on his program full-time, and the rest, you know, is massive amounts of time-wasting on line. I joined Facebook online in 2007, ahead of my children and other cool people.

I sometimes think about what I got from my Harvard education. But this I know – I was on Facebook when it was still paper.

Canadian. Husband. Father. Christian. Recovering Settler. A priest of the Church of England, Diocese in Europe, on the island of Crete in Greece. More about me at https://www.linkedin.com/in/bruce-bryant-scott-4205501a/
View all posts by Bruce Bryant-Scott →
This entry was posted in Uncategorized and tagged Facebook, Harvard. Bookmark the permalink.